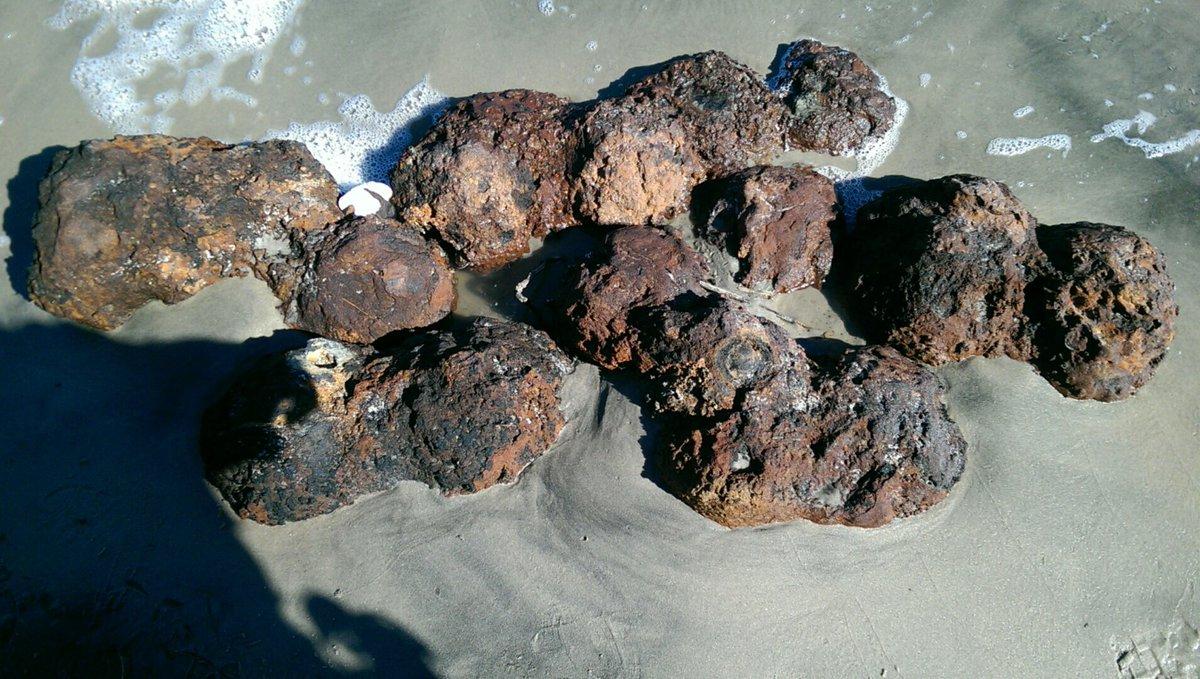 Charleston County Sheriff’s spokesman Maj. Eric Watson said in a news release that the cannonballs were found on Folly Beach on Sunday afternoon, but bomb squad members couldn’t get to it immediately because of the rising tide.

CBS Charleston affiliate WCSC reports that a number of the cannonballs were detonated by the Air Force and a small amount of them would be transported to the nearby Naval Base.

Witnesses reported hearing at least two loud booms and seeing smoke in the area Sunday evening during the detonation of some of the cannonballs.

The first shots of the Civil War were fired at nearby Fort Sumter in 1861.

WCSC reports that former Folly Beach mayor Richard Beck discovered the cannonballs as he was walking along the beach to take pictures of Matthew’s impact.

“I knew they were cannonballs,” he said.”One of them had a very distinct hole in it that went directly into it. Just knowing a little bit about the Civil War, I know that they put fuses in cannonballs for them to explode when they desired them to.”

According to Beck, there were around 15 cannonballs most of which were welded together by rust.