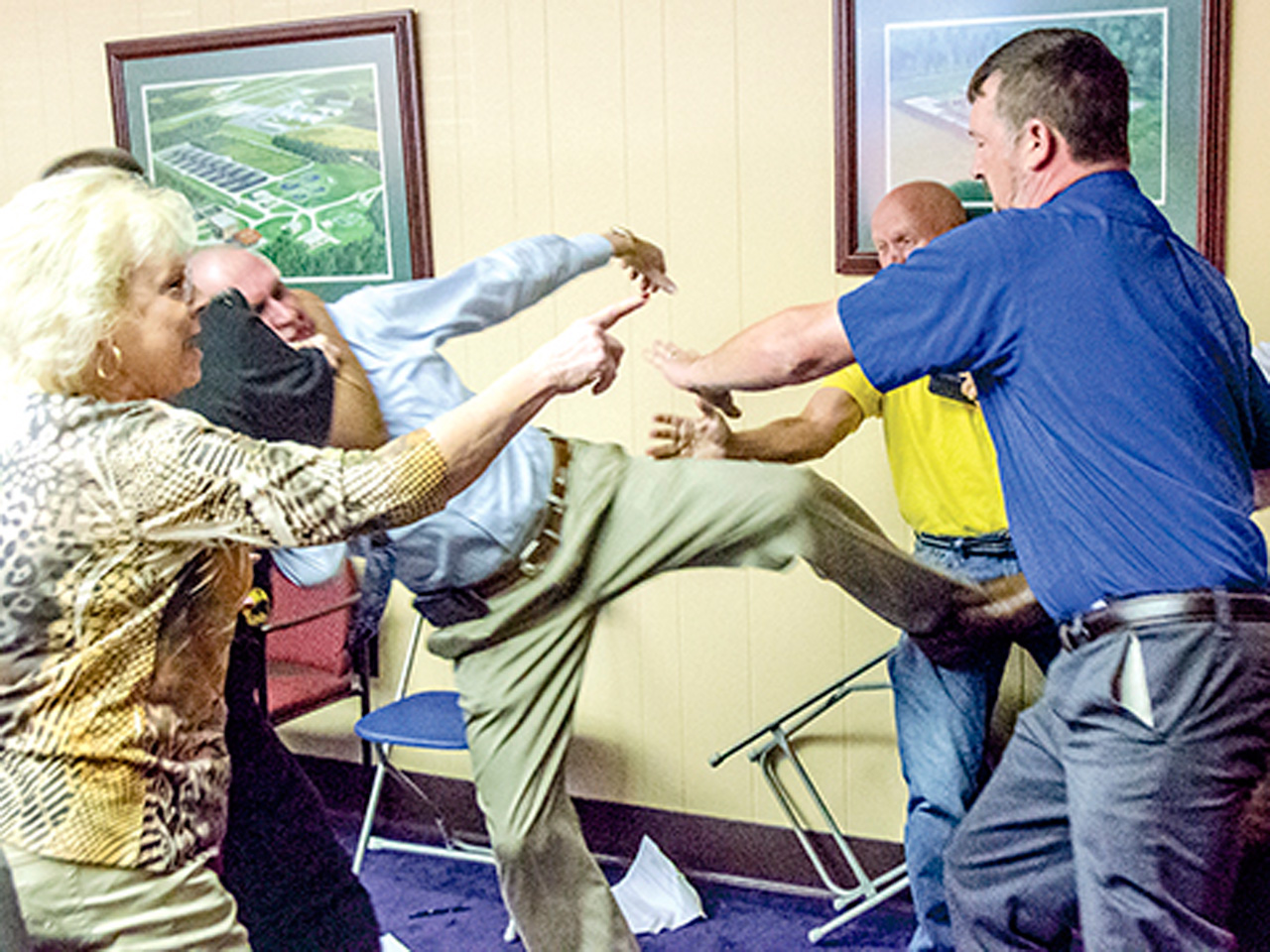 ALEXANDER CITY, Ala.- A city council member in Alabama says the town's mayor punched him in the face at the end of a council meeting, leading to a fracas involving several others.

CBS affiliate WAKA reports Alexander City Mayor Charles Shaw rushed across the stage and punched councilman Tony Goss as Monday night's meeting was concluding, and that a larger brawl erupted after that. No one was seriously hurt.

Shaw tells Al.com that Goss swore at his wife, which prompted the brawl. The mayor said he'd hit Goss again if he swears at his wife again.

Al.com reports that the fight happened after a heated discussion of finances during the meeting.

Goss said he filed a police report and intends to press charges. The city's police chief did not immediately return a call from The Associated on Tuesday morning