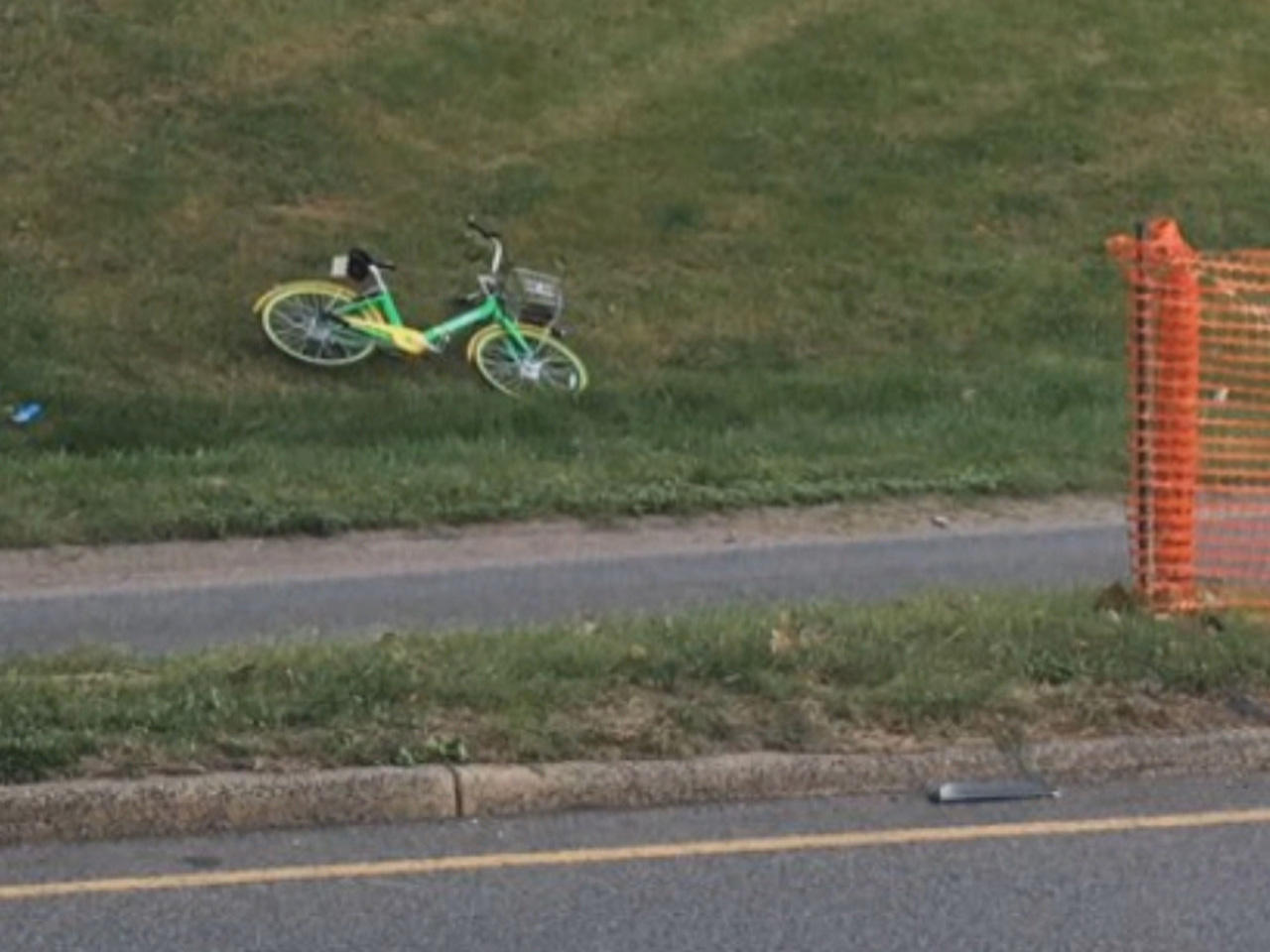 Dockless bike shares and electronic scooters available for rent via apps are sweeping the country; at least 57 cities now operate bikeshare programs, and one more is launching in Chicago this week. Inexpensive and fun to ride, they are changing the daily commute, but they are also becoming a hassle for local governments – and bringing out the worst in some riders.

You can see why the electric scooters and dockless bikes have earned the nickname "litter bikes." People can, and do, leave them just about anywhere … in the middle of a busy walkway on the National Mall … up a tree in Seattle … or on the shoulder of a highway in Virginia.

One man was arrested after throwing a bike onto the tracks in front of a D.C. Metro train.

"Educating the public on appropriate parking," said Maggie Grendon of LimeBikes, which operates in more than 50 cities. "Parking, parking, parking. We just need to remind people that they need to park these bikes as they would with any other responsible use of products."

Gendron says riders tend to learn the proper etiquette quickly, and the technology is changing how people get around.

"It's making movement for short distances more convenient and allowing people to not have to rely on a car to get around," she said. "Forty percent of our rides started and ended at other transit stops."

Riders find the dockless bikes or electric scooters with an app on their phone, and can ride for as little as a dollar.

The scooters can hit speeds of up to 15 miles an hour. Riders are encouraged to wear helmets, use bike lanes, and avoid pedestrian-filled sidewalks.

"I really like the dockless ones," said Luke Rosche-Ritchie. "You can just drop them off wherever and hopefully find one when you need one."

Most established bikeshare programs typically use docking stations. They can cost cities millions to install and maintain. The dockless bikes are privately-owned, require no taxpayer dollars, and can be left anywhere. "I just hate when they're scattered all over the sidewalk," said Josh Thornhill.

In San Francisco that's become a problem. While the city rolls out a permitting plan, cease-and-desist letters were sent to three companies giving them until today to submit plans to satisfy state and local requirements.

The companies say they will work with the city.

"People are picking them up, riding them on the streets and sidewalks, impeding pedestrian traffic, and then packing them in the middle of the street, on the sidewalk, in doorways, really impeding people's progress in walking on a sidewalk and getting in and out of buildings," said San Francisco city attorney Dennis Herrera. "It's just creating a real public nuisance."

Coronado, near San Diego, also deemed them a public nuisance. One woman complained, "They throw [bikes] on the ground ... they're just basically litter."

After impounding at least 55 of the scooters, Austin, Texas, passed an ordinance Friday fining companies without proper permits up to $200 per bike or scooter.

But with riders they are popular. In the nation's capital, seven companies are offering dockless bikes or scooters, which can be seen zipping around town with increasing frequency.

The city says its test period has sparked tremendous feedback, most of it positive.

The companies have added technology to their apps to identify and punish those who park like jerks.

Several companies are promising daily pickup of bikes; responsible growth so communities don't get flooded; and revenue sharing with cities to promote the construction of bike lanes and shared infrastructure.