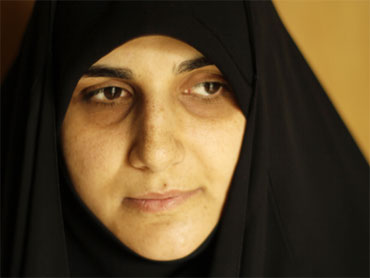 After a decade, Cirque du Soleil has become an institution in the gambling capital, but it never stops evolving.

With three shows going strong and a fourth in the works, there's no slowing the spectacle that fuses classic circus performances, majestic lighting, and a surreal atmosphere with dance, humor and audience participation.

"For 90 minutes we hope to take them to a fantasy world, our world," says performer Craig Paul Smith of England, who plays the Principal Comet in one of the shows, called "O." He has been with that show since it opened in 1998 at the Bellagio Hotel and Casino.

Cirque began in 1982 in the town of Baie-Saint-Paul in Quebec, Canada, where founder and now CEO Guy Laliberte cobbled together a small band of talented street entertainers for a festival. Two years later, Cirque du Soleil was born and began touring. The troupe, an instant hit in Las Vegas, decided to create a permanent show here.

"Mystere," the original Cirque show on the Vegas Strip, opened Christmas Day 1993 at the Treasure Island Hotel and Casino. It features endearing yet outlandish characters that intertwine with acrobats, trapeze artists and gymnasts to take the audience on a mystical journey.

The variety of languages spoken by the approximately 750 people from 55 countries who perform in the shows may give the impression of confusion backstage, but the company offers English classes so everyone can communicate.

"It really is like a family," said Pien Bowler, a Cirque spokeswoman, "all these people from all over the world thrown into this place called Vegas." Bowler, who is from the Netherlands, is married to one of "Mystere's" performers, Paul Bowler of England. The couple met here.

Following the success of "Mystere," Cirque du Soleil opened "O," a show performed entirely in, on or above water. Its set is reminiscent of a Salvador Dali painting, ever changing to accommodate a series of unexpected performances.

In 2003, the adults-only "Zumanity" opened at New York-New York Hotel and Casino. It is the first show from Another Side of Cirque du Soleil, a division of Cirque.

A fourth show is to open this fall at the MGM Grand Hotel and Casino. Its theme has yet to be revealed.

The new show is likely to be the most expensive venture yet for Cirque du Soleil, with theater and production costs predicted considerably higher than those of "O" — $90 million startup.