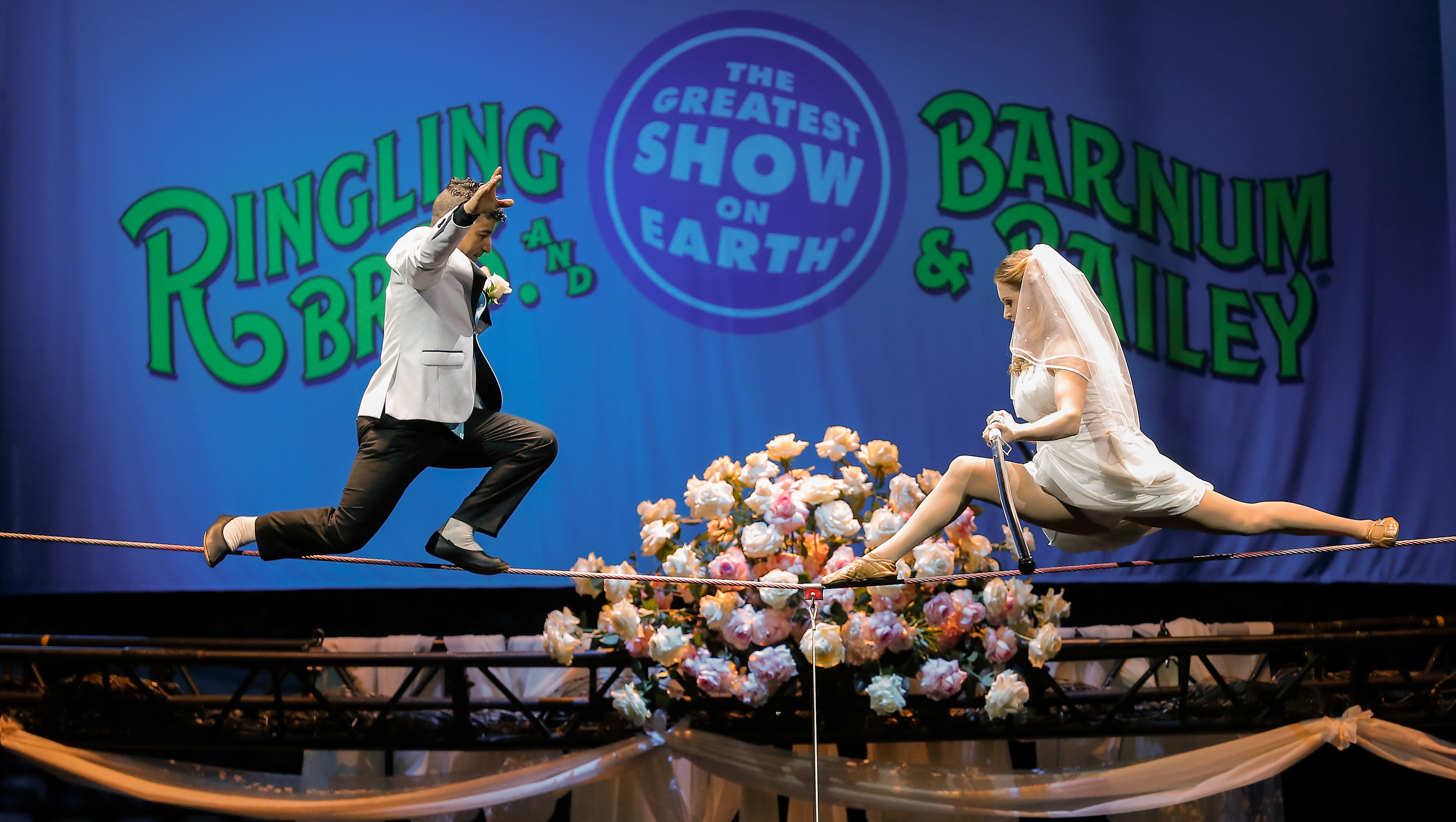 HOUSTON -- Two circus acrobats tied the knot on a tightrope during a performance in Houston.

Mustafa Danguir and Anna Lebedeva got married 30 feet off the ground Tuesday during a Ringling Bros. and Barnum & Bailey show at NRG Stadium.

The groom, in a white tuxedo coat, arrived on a camel and climbed a side ladder to reach the tightrope.

The veiled bride rode a horse. She shed her high heels and adjusted her flowing gown to also climb a ladder to the wire.

The ringmaster presided as the pair met in the middle of the wire, then exchanged vows and rings.

The smiling newlyweds descended and waved to the cheering crowd as they walked away arm-in-arm.