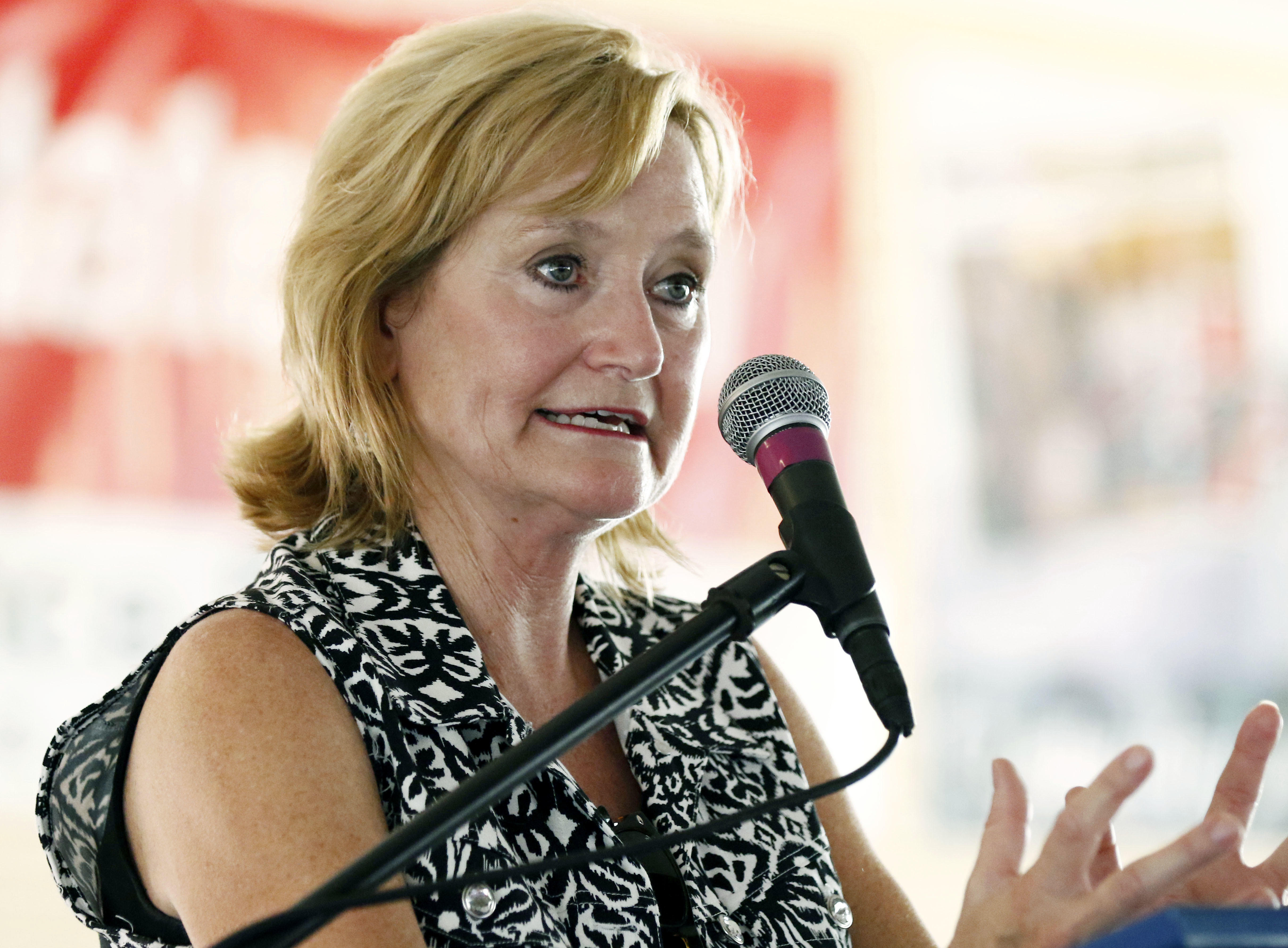 Hyde-Smith will be the first woman to represent Mississippi in Congress once Cochran resigns April 1. She will immediately begin campaigning for a Nov. 6 special election to fill the rest of Cochran's term, which expires in January 2020.

Republican Gov. Phil Bryant and Hyde-Smith appeared together Wednesday in her hometown of Brookhaven, where he announced her appointment.

Cindy Hyde-Smith, a 58-year-old Republican, has served as the state's agriculture commissioner since 2011.

Once appointed, Hyde-Smith will immediately be running for re-election for the nearly three years remaining in Cochran's term. That special election will be Nov. 6. Two of the sources said Gov. Phil Bryant was expected to announce his selection of Hyde-Smith as early as Wednesday.

The sources spoke on condition of anonymity because the announcement was not yet official.

Hyde-Smith is expected to be backed by the national and Mississippi GOP establishment against challenges from insurgent Republican state Sen. Chris McDaniel and Democrats who would like to nab a Mississippi senate seat as part of an effort to overturn a slim GOP majority.

The tea party-backed McDaniel, who narrowly missed knocking off Cochran in 2014, said last week that he would drop a primary challenge to Mississippi's other senator — Roger Wicker — to instead seek Cochran's seat. Mike Espy, a Democrat who served as President Bill Clinton's secretary of agriculture, said Monday he has a "strong intention" to run for Cochran's seat. In 1986, Espy became the first African-American in modern times to win a congressional seat in Mississippi. Other candidates could yet join the race. If no one earns a majority on Nov. 6, a runoff would follow on Nov. 27.

Bryant, who like McDaniel benefited from substantial tea party backing, declared open war on his onetime ally after he switched races. Bryant has said he was focused on naming someone who could hold the seat for years to come. By choosing Hyde-Smith and passing over the 70-year-old Secretary of State Delbert Hosemann, Bryant follows a long Mississippi tradition of seeking to place federal lawmakers who can stay in Congress for decades and build seniority and influence. Hyde-Smith could be able to call on support from agricultural interests, which are strong in Mississippi, one of the nation's most rural states.

Cochran announced March 5 that he would retire on April 1, citing health problems. The 80-year-old, first elected to the Senate in 1978 after serving six years in the House, was the first Republican elected to the Senate from Mississippi since Reconstruction ended. A mild-mannered Southerner, Cochran came to the Senate when it had a far clubbier atmosphere and he played an insider's game throughout his seven terms — particularly as a member of the powerful Appropriations panel, which had long been a bipartisan powerhouse and way to funnel taxpayer dollars back home.

Hyde-Smith is a former colleague of McDaniel, having been elected three times to the state Senate from a rural southwest Mississippi district that includes her hometown of Brookhaven. She switched parties to become a Republican in 2010, and won a three-way GOP primary for agriculture commissioner in 2011 without a runoff. She beat Democratic opponents even more easily in the 2011 and 2015 general elections.

Hyde-Smith is Mississippi's first female agriculture commissioner and one of only four women ever elected statewide. Mississippi and Vermont are the only two U.S. states never to have elected a woman to Congress.

McDaniel, seeking an anti-establishment message, has been accusing Bryant of letting Senate Majority Leader Mitch McConnell or other GOP leaders in Washington pick the state's next senator. Bryant has hotly denied any such influence, but has said he expected President Trump and others to aid his choice.