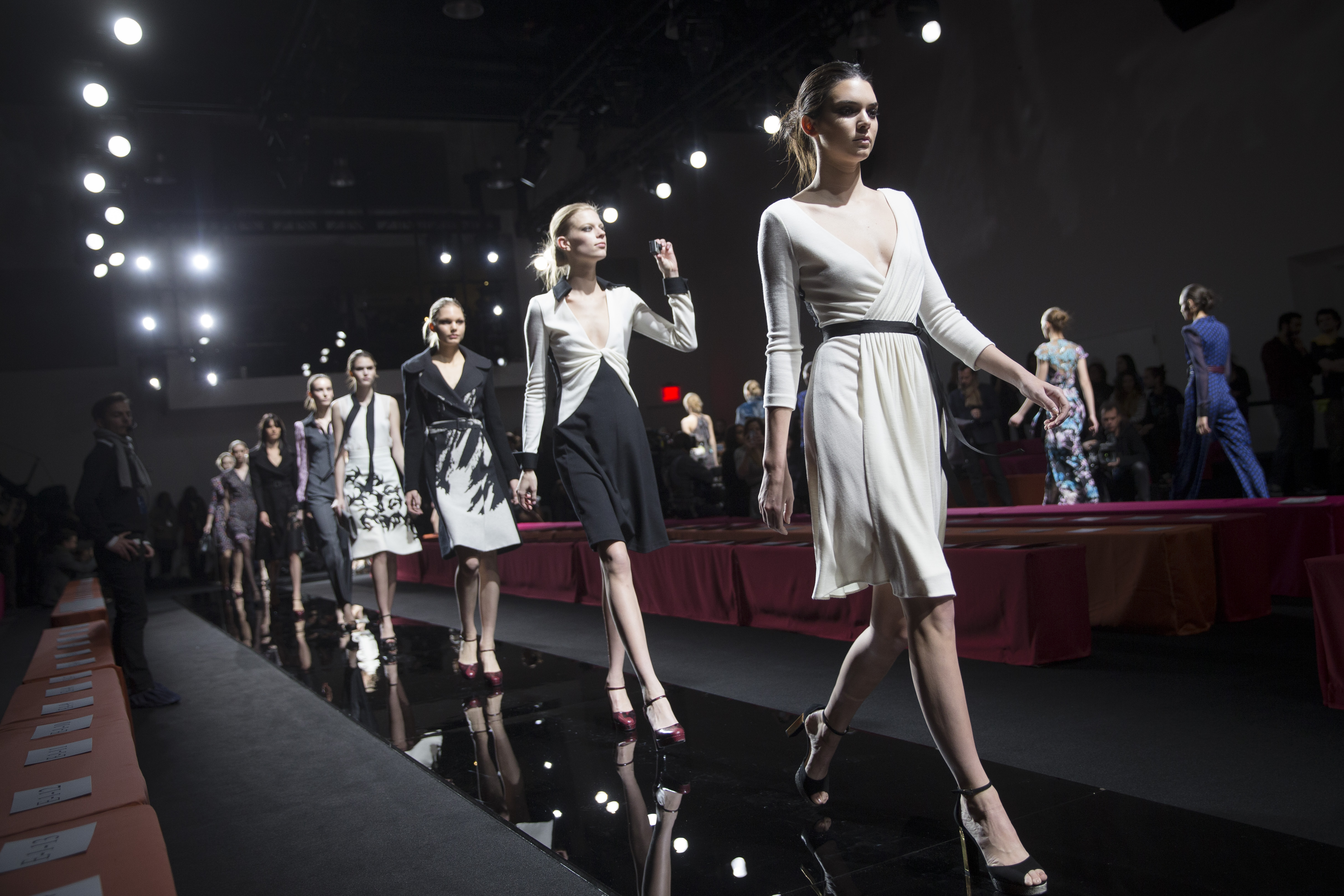 The unaltered photo of 48-year-old Cindy Crawford is sparking a new discussion. The picture, taken in 2013, focuses attention on Photoshopped images, and whether we can embrace natural beauty. Now, the issue is making its way to Capitol Hill, reports CBS News correspondent Vinita Nair.

When fashion designer Elie Tahari casts for Fashion Week, he starts off with hundreds of models then narrows it down to about 25.

"The relationship between a model and the designer, it's always something that comes from inside," Tahari said.

While Tahari may be looking for something on the inside, what the rest of us see is the outside -- and that outside is almost always tall, beautiful and very, very thin.

"It is important that a fashion model is a fashion model," Hardison said. "She has to be lean. She should be tall and it is not someone who is fuller body. That is not fashion. That's something else."

At 5-foot-9 and a natural size zero, 22-year-old Madisin Bradley fits that mold. She's been modeling for five years, working both in the U.S. and abroad. Even though she said she has a fast metabolism, she's had trouble fitting into certain pieces during fashion week because they were too small.

After two models died in Europe from anorexia related causes, the fashion industry in Spain and Italy began monitoring how thin a model can be based on body mass index (BMI).

Israel has gone further, passing a law that requires a model to have a BMI of at least 18.5.

In comparison, American women on average have a BMI of 26.5 and wear a size 14.

The Israeli law also requires that any print ad that has been Photoshopped, says so.

She wants regulations in the U.S., especially around Photoshopping.

"Young girls are thinking, 'That's how I want to look like,'" Emme said.

Even someone as petite as Bradley said she has been Photoshopped.

"It has," Bradley said. "It could be for my complexion to my weight."

A Girl Scouts of the USA survey found 89 percent of teenage girls feel the fashion industry pressures them to be skinnier.

She battled her own body issues and said they started from fashion magazines.

"Definitely by the time I was 12, I was restricting what I was eating," MacDonald said.

At the height of the problem she said she started to give up.

"[I] was planning to take my own life, because I was so sick of being sick and sick of not getting better," MacDonald said.

It took MacDonald 20 years to recover from both anorexia and bulimia.

Now, her coalition is now sponsoring three separate bills calling for eating disorder education and for greater transparency in advertising.

She disagrees with people who believe education on the issue can't be legislated.

"We have to start with something," MacDonald said. "I am committed to doing this until not one more person dies prematurely from an eating disorder."

Tahari, on the other hand, said the solution to unhealthy models shouldn't come from Congress, but from the fashion industry itself.

"Every designer needs to take responsibility, and they have to deal with real things, real women, real sizes, real models. It's good for business," she said.

MacDonald and the Eating Disorders Coalition plan to have their bills brought before Congress this spring.