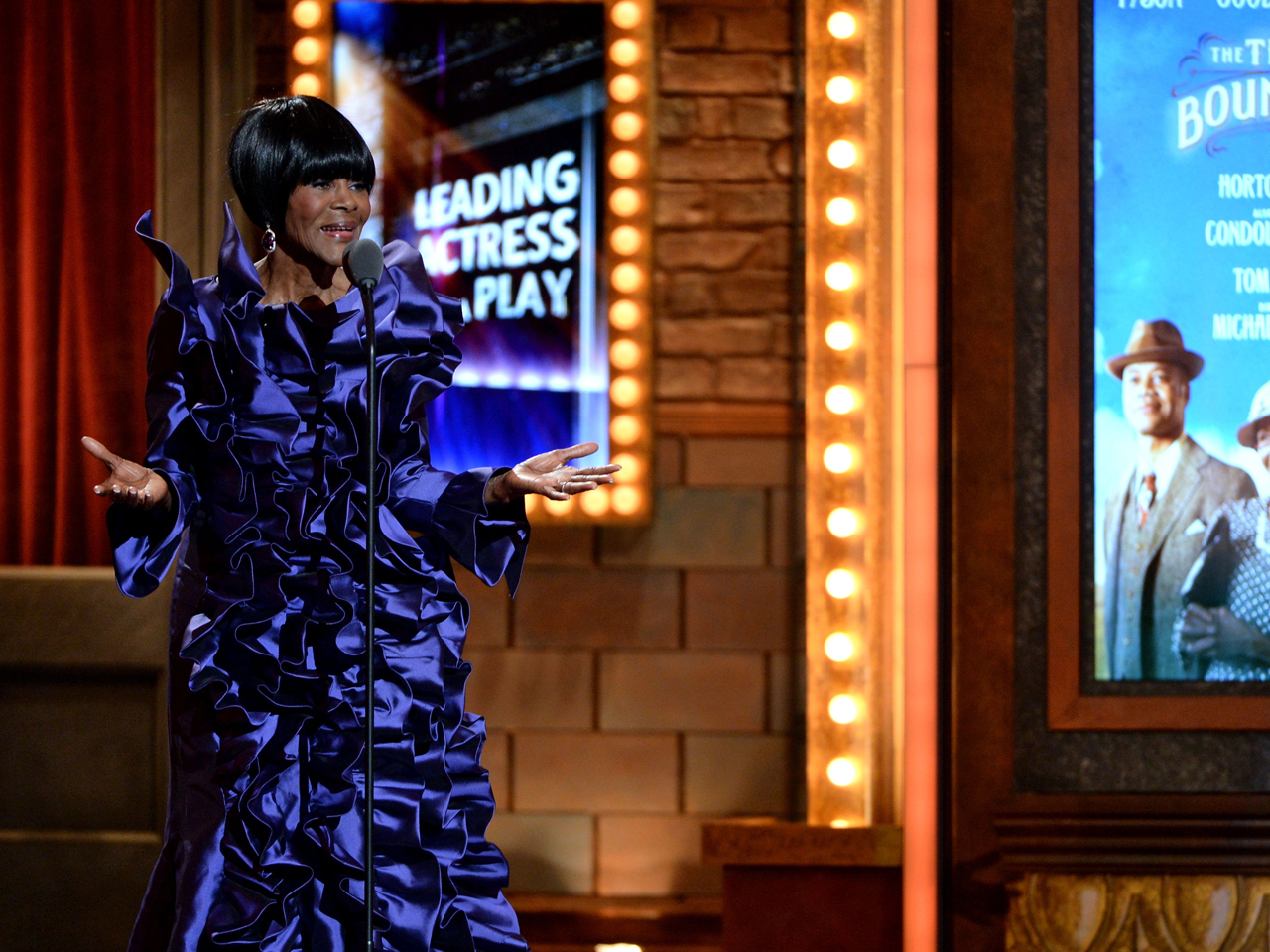 Cicely Tyson, who returned to Broadway this season for the first time in 30 years, took home the Tony Award for best leading actress in a play on Sunday night in New York.

In Horton Foote's "The Trip to Bountiful," Tyson plays a widow in 1953 whose only desire is to revisit her old home in Bountiful and recapture purpose she lost when she left for Houston.

Tyson beat out Laurie Metcalf, Amy Morton, Kristine Nielsen and Holland Taylor. She gave a long acceptance speech and was cut off by music. "'Please wrap it up,' it says," Tyson said, referring to the teleprompter. "Well, that's exactly what you did with me: You wrapped me up in your arms after 30 years."

Tyson was nominated for an Oscar for her role in "Sounder" in 1972. Other film credits include "Fried Green Tomatoes," ''Bustin' Loose" and "Jefferson in Paris."

She won Emmys for "The Autobiography of Miss Jane Pittman" and "Oldest Living Confederate Widow Tells All." She was also nominated for her role in the miniseries "Roots."