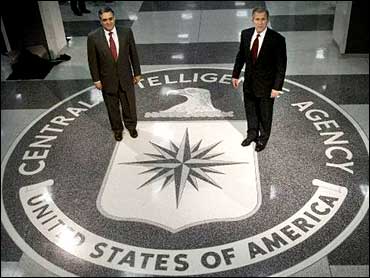 American citizens working for al Qaeda overseas can legally be targeted and killed by the CIA under President Bush's rules for the war on terrorism, U.S. officials say.

The authority to kill U.S. citizens is granted under a secret finding signed by the president after the Sept. 11 attacks that directs the CIA to covertly attack al Qaeda anywhere in the world. The authority makes no exception for Americans, so permission to strike them is understood rather than specifically described, officials said.

These officials said the authority will be used only when other options are unavailable. Military-like strikes will take place only when law enforcement and internal security efforts by allied foreign countries fail, the officials said.

Capturing and questioning al Qaeda operatives is preferable, even more so if an operative is a U.S. citizen, the officials said, speaking on the condition of anonymity. Any decision to strike an American will be made at the highest levels, perhaps by the president.

U.S. officials say few Americans are working with al Qaeda but they have no specific estimates.

The CIA already has killed one American under this authority, although U.S. officials maintain he wasn't the target.

On Nov. 3, a CIA-operated Predator drone fired a missile that destroyed a carload of suspected al Qaeda operatives in Yemen. The target of the attack, a Yemeni named Qaed Salim Sinan al-Harethi, was the top al Qaeda operative in that country. Efforts by Yemeni authorities to detain him had previously failed.

But the CIA didn't know a U.S. citizen, Yemeni-American Kamal Derwish, was in the car. He died, along with al-Harethi and four other Yemenis.

The Bush administration said the killing of an American in this fashion was legal.

According to CBS Legal Analyst Andrew Cohen, this is legal because the President and his lawyers say so -- it's not much more complicated than that. Congress has no great political incentive to tie the hands of the White House in going after these sorts of adversaries. And the federal courts won't get involved unless and until someone challenges the practice -- and that's not likely given how these things typically play out.

This is just the new reality, says Cohen -- new rules for a new kind of war-- and there really isn't much anyone who doesn't like it can do about it right now. The president has the authority to order the killing of enemy soldiers in wartime and that authority apparently has been extended to a much cloudier area.

"I can assure you that no constitutional questions are raised here. There are authorities that the president can give to officials," said Condoleezza Rice, Bush's national security adviser, after the attack. "He's well within the balance of accepted practice and the letter of his constitutional authority."

American authorities have alleged that Derwish was the leader of an al Qaeda cell in suburban Buffalo, N.Y. Most of the alleged members of the cell were arrested and charged with supporting terrorists, but Derwish was not accused of any crime in American courts.

Family members in Buffalo say they have yet to be contacted by the U.S. government about Derwish's death, which they learned about through media reports.

"It's just a matter of common respect for the family here. After all, they are U.S. citizens." He added that Derwish "has not been tried and has not been found guilty, so, in that sense, he's still an innocent American who was killed. That's what the law states."

The Bush administration sees it differently. In killing him, the administration defined Derwish as an enemy combatant, the equivalent of a U.S. citizen who fights with the enemy on a battlefield, officials said. Under this legal definition, experts say, his constitutional rights are nullified and he can be killed outright.

Sen. Richard Shelby, R-Ala., vice chairman of the Senate Intelligence Committee, supported this policy. "A U.S. citizen terrorist will kill you just like somebody from another country."

The government has done little publicly to justify Derwish's killing. Officials have privately suggested his association with al-Harethi is reason enough.

Other Americans have been similarly classed since Sept. 11, including Jose Padilla, accused of plotting to use a radioactive "dirty bomb" in the United States, and Yaser Esam Hamdi, who was found fighting with the Taliban in Afghanistan. Both are in military custody.

However, a third American, John Walker Lindh, was turned over to the civilian courts after being found serving as a foot soldier with the Taliban. He was sentenced to 20 years in prison after pleading guilty to supplying services to the Taliban and carrying explosives in commission of a felony.

While officials believe only a small number of U.S. citizens went through Osama bin Laden's camps, Americans have been associated with all levels of al Qaeda.

This includes high-level operative Wadih El Hage, a Lebanese-American who was convicted in connection with the 1998 bombings of two U.S. embassies in Africa. A former U.S. Army soldier, Ali Mohamed, worked as a trainer and target scout for bin Laden before he was captured and convicted.

Previously, the government's authority to kill a citizen outside of the judicial process has been generally restricted to when the American is directly threatening the lives of other Americans or their allies.

Earlier presidential authorizations of lethal covert action, in Latin America and elsewhere, have also tacitly allowed the killing of Americans fighting with the other side, former senior intelligence officials said.

But the officials knew of no instances where U.S. citizens were targeted.

The CIA declines comment on covert actions and the authorities it operates under.

Experts on the Constitution and the international laws of war said the Bush administration's definitions create problems.

Unlike the enemy in previous wars, al Qaeda members don't wear uniforms or serve in a foreign nation's army. Nor do they take to traditional battlefields, except in Afghanistan. But the Bush administration and al Qaeda together have defined the entire world as a battlefield — meaning the attack on al-Harethi and Derwish was tantamount to an air strike in a combat zone.

"That is the most vulnerable aspect of the theory," said Scott L. Silliman, director of Duke University's Center on Law, Ethics and National Security. "Could you put a Hellfire missile into a car in Washington, D.C., under the same theory? The answer is yes, you could."

Human rights groups were divided on the legality of the attack on al-Harethi. Amnesty International suggested it was an extrajudicial killing, outlawed by international treaty, while Human Rights Watch officials said they believed it was a legitimate wartime action.

This new authority raises a lot of questions that will just have to get sorted out either by the White House itself or ultimately by the courts, says Cohen.

For instance, is it now legal for the CIA to kill a U.S. citizen on U.S. soil if that citizen is deemed to be an enemy combatant? And, if so, asks Cohen what does that mean for Jose Padilla and Yaser Esam Hamdi, two citizens currently being detained by the military as alleged illegal combatants?