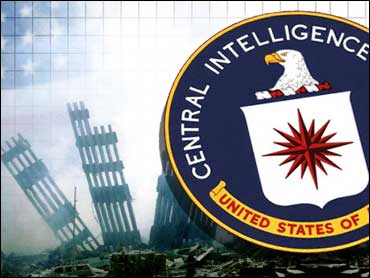 Six years before the Sept. 11 attacks, the CIA warned in a classified report that Islamic extremists likely would strike on U.S. soil at landmarks in Washington or New York, or through the airline industry, according to intelligence officials.

Though hauntingly prescient, the CIA's 1995 National Intelligence Estimate did not yet name Osama bin Laden as a terrorist threat.

But within months the intelligence agency developed enough concern about the wealthy, Saudi-born militant to create a specific unit to track him and his followers, the officials told The Associated Press.

And in 1997, the CIA updated its intelligence estimate to ensure bin Laden appeared on its very first page as an emerging threat, cautioning that his growing movement might translate into attacks on U.S. soil, the officials said, divulging new details about the CIA's 1990s response to the terrorist threat.

The officials took the rare step Thursday of disclosing information in the closely held National Intelligence Estimates and other secret briefings to counter criticisms in a staff report released this week by the independent commission examining pre-Sept. 11 intelligence failures.

That commission report accused the CIA of failing to recognize al Qaeda as a formal terrorist organization until 1999. It characterized the agency as regarding bin Laden mostly as a financier instead of a charismatic leader of the terrorist movement.

But one senior U.S. intelligence official, who spoke only on condition of anonymity, said the 1997 National Intelligence Estimate "identified bin Laden and his followers and threats they were making and said it might portend attacks inside the United States."

The National Intelligence Estimate is distributed to the president and senior intelligence officials in the executive branch and the Congress.

Philip Zelikow, executive director of the Sept. 11 commission, confirmed the 1997 warning about bin Laden, but said it was only two sentences long and lacked any strategic analysis on how to address the threat. "We were well aware of the information and the staff stands by exactly what it says" in its report, he said.

The intelligence official also said that while the 1995 intelligence assessment did not mention bin Laden or al Qaeda by name, it clearly warned that Islamic terrorists were intent on striking specific targets inside the United States like those hit on Sept. 11, 2001.

The report specifically warned that civil aviation, Washington landmarks such as the White House and Capitol and buildings on Wall Street were at the greatest risk of a domestic terror attack by Muslim extremists, the official said.

Deputy CIA Director John McLaughlin testified Wednesday that by early 1996 his agency had developed enough concern about bin Laden to create a special unit to focus on him.

"We were very focused on this issue," McLaughlin told the commission.

While the CIA and the FBI have borne the brunt of the Sept. 11 commission's criticism in hearings so far, The Los Angeles Times reports that the panel is preparing a similarly harsh critique of the Pentagon.

Sources tell the newspaper that the commission is expected to find that the Defense Department — under both President Clinton and the current President Bush — failed to share intelligence or adopt new techniques for dealing with the threat of terrorism.

The commission is also looking at failures in homeland defense on the day of the attacks.

The New York Times reports the White House is reviewing a report prepared last year by former national security adviser Brent Scowcroft to place all the disparate agencies under one government-wide intelligence czar.