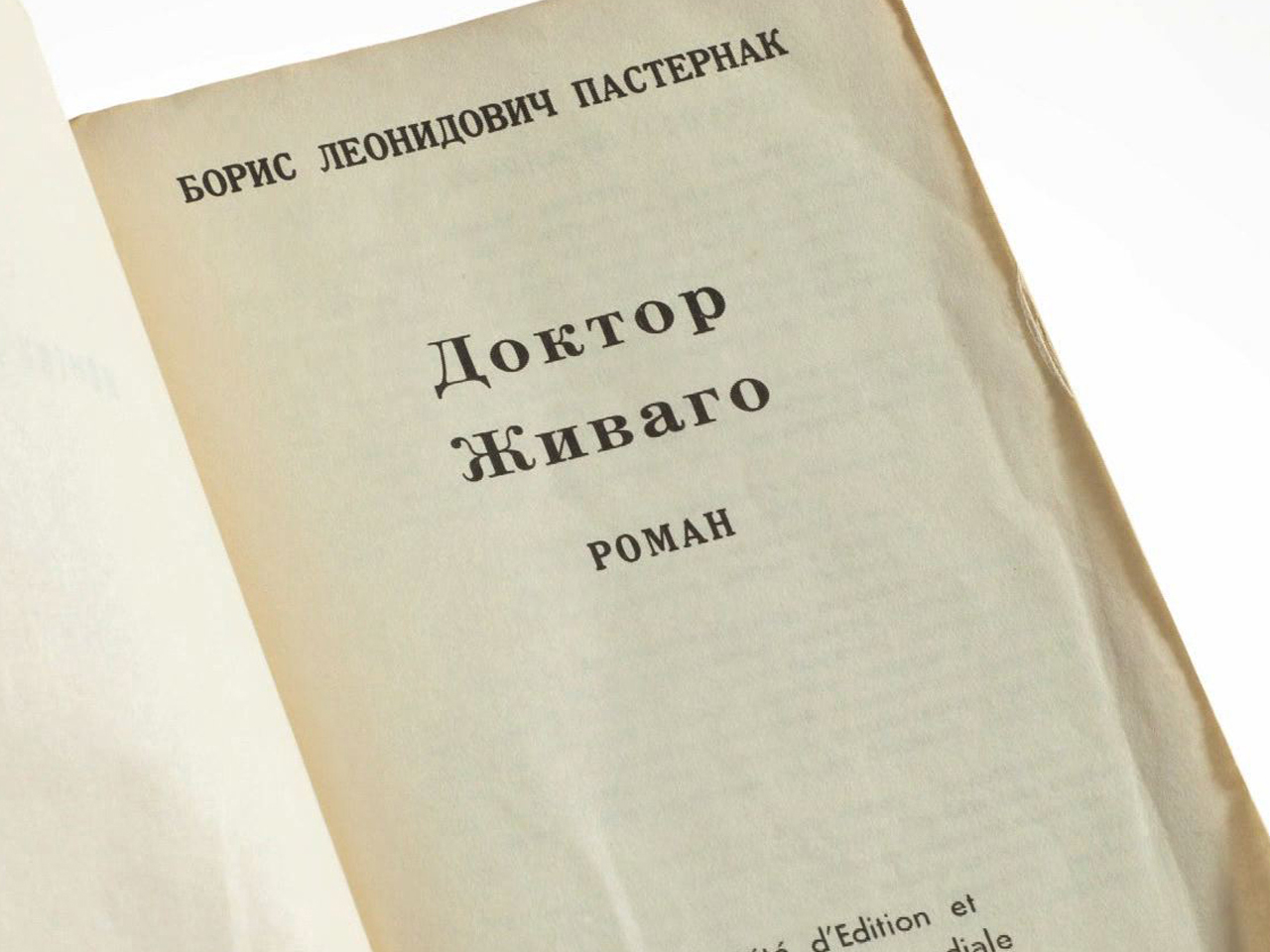 For more than 50 years, the CIA kept a literary secret. The agency used a classic novel to subvert the Soviet Union in the Cold War.

The Cold War was a clash of ideology as much as empire, and according to 130 newly declassified CIA documents, the agency adopted some unusual tactics to infiltrate the Soviet Union, including covertly publishing copies of banned literary works like "Dr. Zhivago" by Boris Pasternak.

The novel -- and its later 1965 film adaptation -- tells the story of Yuri Zhivago, a poet whose faith and creativity is squashed during the Russian Revolution of 1917, which helped bring the communists to power.

During the real-life Cold War, the Kremlin banned it. That's when the CIA quietly published and distributed it as anti-Soviet propaganda.

A recently declassified CIA memo from April 1958, excerpted in the soon-to-be-published book "The Zhivago Affair," explains their intent: "...We have the opportunity to make Soviet citizens wonder what is wrong with their government, when a fine literary work by the man acknowledged to be the greatest living Russian writer is not even available in his own country."

In order to avoid detection, the CIA asked the Vatican to secretly hand out copies to thousands of Soviet citizens at the 1958 World's Fair.

"It was an extremely effective CIA campaign," Brinkley said. "I mean, the propaganda value was immense. All over Russia, word of Pasternak's work starting being talked about, and was being smuggled in."

The so-called "Zhivago Affair" was only one example of how the U.S. government used art or culture to undermine the Soviet Union. In the early '50s, a young Ronald Reagan promoted Radio Free Europe. He said at the time, "The crusade for freedom is your chance and mine to fight communism."

Paid for by the U.S. government, it broadcast American culture and music to people inside the Soviet bloc.

Another program paid jazz musicians to tour and perform to showcase the creativity and glamour of American artists.

Brinkley says that the impact of art -- even novels like "Dr. Zhivago" -- is powerful. He said, "Pasternak's voice continues to live through the ages because it's a humanitarian voice. It's not a voice of totalitarianism. And many people in the world believe that great art will outlive dictators."

For years, CBS News' Margaret Brennan reported, there have been rumors about the CIA's role in publishing Pasternak's novel. The author himself wasn't sure how his book ended up printed in Russian since no publishing house had ever agreed to do so.

Guide to becoming an "authentic adult"