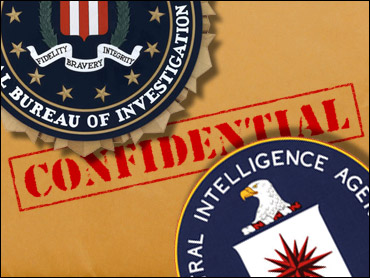 A newly declassified CIA report says interrogators threatened to kill the children of a Sept. 11 suspect.

The document, released Monday by the Justice Department, says one interrogator said a colleague had told Khalid Sheikh Mohammed that if any other attacks happened in the United States, "We're going to kill your children."

Another interrogator allegedly tried to convince a different terror suspect detainee that his mother would be sexually assaulted in front of him - though the interrogator in question denied making such a threat.

A CIA contractor beat another prisoner with a heavy flashlight, reports CBS News correspondent Bob Orr. The report notes, "The detainee died in custody." And Abd al-Nashiri, suspected bomber of the USS Cole, was threatened with a handgun and power drill. "The debriefer ... revved the drill while the detainee stood naked and hooded," the report said.

The report, written in 2004, examined CIA treatment of terror detainees following the terror attacks of Sept. 11, 2001. It has been declassified as part of a lawsuit brought by the American Civil Liberties Union.

"They really do show an agency that in some respects is completely out of control. And out of control by design," ACLU attorney Jameel Jaffer told Orr.

"I don't think that the attorney general had much choice, politically anyway, but to take this step and launch this criminal investigation," writes CBS News legal analyst Andrew Cohen. "And even the CIA itself acknowledges that some of its agents, current and former, went beyond legal limits in interrogation. The question is whether crimes were committed and can be proven beyond a reasonable doubt."

"This is just an initial step," Cohen adds. "Just because there is now a prosecutor doesn't guarantee we'll see any CIA trials and certainly doesn't ensure any convictions. All of the problems that existed before - problems with classified information and inadmissible evidence - still remain."

President Obama, vacationing in Martha's Vineyard, has repeatedly said he has no interest in prosecuting Bush Administration officials who crafted the harsh interrogation policies - or those who followed them. He repeated his assertion that the U.S. should look forward and not back.

His press secretary today reiterated that point in a statement, but added that "determinations about whether someone broke the law are made independently by the Attorney General."

But, the release of the long-classified report and the appointment of a prosecutor have outraged CIA employees.

Today CIA Director Leon Panetta tried to boost sagging morale promising the Agency he'll "stand up for those officers who did what their country asked and who followed the legal guidance they were given."

And there's one more change that may be viewed as a slap at the CIA. Going forward, the FBI will be in charge of interrogations, overseen by the president's National Security Council.

Earlier Monday, a top administration official said President Barack Obama had approved a to be supervised by the White House - a departure from President George W. Bush's detainee policies.