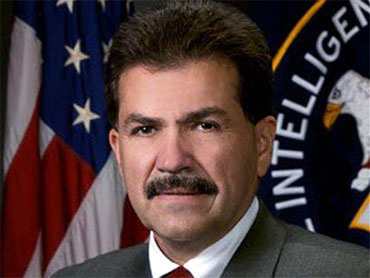 A special prosecutor cleared the CIA's former top clandestine officer and others Tuesday of any charges for destroying agency videotapes showing waterboarding of terror suspects, but he continued an investigation into whether the harsh questioning went beyond legal boundaries.

The decision not to prosecute anyone in the videotape destruction came five years to the day after the CIA destroyed its cache of 92 videos of two al Qaeda operatives, Abu Zubaydah and Abd al-Nashiri, being subjected to waterboarding, a form of simulated drowning. The deadline for prosecuting someone under most federal laws is five years.

The part of the nearly 3-year-old criminal investigation that examines whether U.S. interrogators went beyond the legal guidance given them on the rough treatment of suspects will continue, a Justice Department official said. The official spoke on condition of anonymity because that part of the probe is still under way.

"Clearly the Justice Department felt that a public trial about how and what the CIA does with its evidence would not be in the government's interest and would be difficult for the government to win, and I think that's why we see the end to this," Cohen said.

Jose Rodriguez, who was the CIA's top clandestine officer when the tapes were destroyed, worried that the videos would be devastating to the agency if they ever surfaced and approved their destruction. Rodriguez's order was at odds with years of directives from CIA lawyers and the White House.

Rodriguez' lawyer, Robert Bennett, said the department made "the right decision because of the facts and the law" and called his client "a true patriot who only wanted to protect his people and his country."

A team of prosecutors and FBI agents led by Durham has conducted an exhaustive investigation into the matter, said Matthew Miller, chief Justice Department spokesman.

"As a result of that investigation, Mr. Durham has concluded that he will not pursue criminal charges for the destruction of the interrogation videotapes," Miller said.

The department's carefully phrased announcement did not rule out the possibility of charging someone with lying to investigators looking into the tape destruction.

CIA officers began the videotaping to show that Zubaydah was brought to a secret CIA prison in Thailand already wounded from a firefight and to prove that interrogators followed broad rules Washington had laid out.

Almost as soon as taping began, top officials at agency headquarters in Langley, Va., began discussing whether to destroy the tapes, according to current and former U.S. officials and others close to the investigation.

Dozens of CIA officers and contractors cycled in and out of Thailand to help with the questioning. If those videos ever surfaced, officials feared, nearly all those people could be identified.

During the investigation, agency lawyers were forced to turn over long lists of documents, including classified cables from around the world. Former CIA Director Porter Goss was summoned before a grand jury, as were the agency's former top lawyer, John Rizzo, and its current station chief in London.

Despite standing orders from the Bush White House not to destroy the tapes without checking with administration officials, momentum for their destruction grew in late 2005 as the CIA Thailand station chief, Mike Winograd, prepared to retire, the current and former U.S. officials have said.

Winograd had the tapes in his safe and believed they should be destroyed, officials said.

On Nov. 4, 2005, as the CIA scrambled to quell a controversy from a Washington Post story revealing the existence of secret CIA prisons overseas, Rodriguez called two CIA lawyers. He asked Steven Hermes, his lawyer in the clandestine service, whether he had the authority to order the tapes destroyed. Hermes said Rodriguez did, according to documents and interviews.

Then Rodriguez asked Robert Eatinger, the top lawyer in the CIA's Counterterrorism Center, whether there was any legal requirement that the tapes be kept. Eatinger said no.

Eatinger and Hermes have told colleagues that they believed Rodriguez was merely teeing up a new round of discussions about the tapes and, because of previous orders not to destroy the tapes without White House approval, they were unaware that Rodriguez planned to move immediately, officials told The Associated Press.

Relying on the advice from Hermes and Eatinger, Rodriguez told Winograd to write an official request to destroy the videos. On Nov. 5, 2005, the request came in. Its justification: The inspector general had completed its investigation and CIA lawyer John L. McPherson had verified that the cables accurately summarized the tapes.

On Nov. 8, Rodriguez sent his approval.

It took about 3 1/2 hours to destroy the tapes. On Nov. 9, Winograd informed Rodriguez the job was complete. Goss and Rizzo wouldn't find out until the next day.