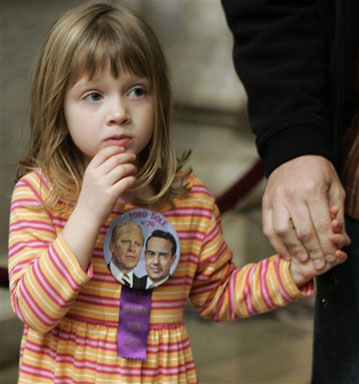 The CIA is acknowledging for the first time the extent of its deep involvement in Chile, where it dealt with coup-plotters, false propagandists and assassins.

The agency posted a declassified report required by the U.S. Congress on its Web site Wednesday. It is one of several efforts to release information on the American role in the 1973 Chilean coup, the suicide of Marxist president Salvador Allende after the coup and the regime of Gen. Augusto Pinochet.

Despite the disclosures, the CIA report admits to no abuses or cover-up by CIA agents.

But it chronicles clandestine contacts authorized by then-U.S. President Richard Nixon and other top U.S. officials which it said would violate standards now upheld by the agency.

U.S. Rep. Maurice Hinchey, who sponsored the law requiring the report, said he takes the CIA at its word on today's standards but pushed for full disclosure of past acts to prevent U.S. support for such injustices in the future.

"This very sordid chapter in American history needs to be held up to the bright light so that everyone can see what went on under orders from the president of the United States, the secretary of state and the attorney general," Hinchey said.

More CIA files and other documents on Chile are to be released in a few weeks. White House spokesman Joe Lockhart said last week that release of the documents on human rights abuse and terrorism during the Pinochet regime—the third and final one under the president's Chile Declassification Project—was delayed by National Security Adviser Sandy Berger in order to conduct review of more documents.

"Basically, we want to make sure we get this done right and we are as responsive as we are able to, as far as the fullest-possible disclosure of documents," Lockhart said.

Some 7,500 documents have already been released under the project, which was launched by the White House in February 1999, but this latest round has proven especially contentious.

According to the private National Security Archive, the next release is to include documents on covert action in Chile from 1962 through 1975, a period that covers the coup against Allende and the first two years of Pinochet's rule.

CIA director George Tenet, in an Aug. 11 letter to Congress, announced that while he had approved 500 pages of documents for release, he would withhold some because they "present a pattern of activity that had the effect of revealing intelligence methods that have been employed worldwide."

But critics say there is no reason to hold anything back because the government's role was detailed in congressional probes 25 years ago.

A 1975 Senate report found that "Covert United States action in Chile in the decade between 1963 and 1973 was extensive and continuous," including the expenditure of $3 million to influence the 1964 Chilean elections.

Another report that year found that the CIA had received "a direct instruction from (Nixon)…to attempt to foment a coup."