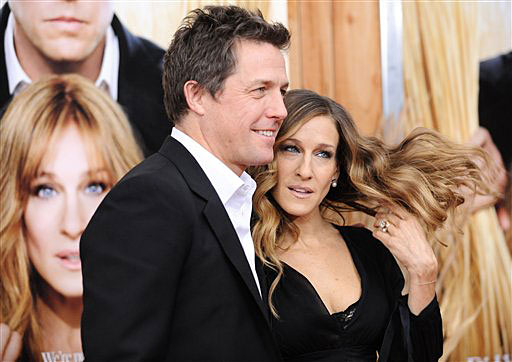 Intelligence analysts did not deem Iraq an "imminent threat" before the United States invaded last year, the head of the CIA said Thursday in a speech defending his agency's estimates of Saddam Hussein's military capabilities.

Amid growing controversy over the failure of U.S. teams to find any of Iraq's alleged weapons of mass destruction, George Tenet told an audience at Georgetown University that the weapons search in Iraq was far from over, and denied allegations that political pressure skewed the CIA's assessments of Iraq.

"No one told us what to say or how to say it," Tenet said. Warning that uncertainty was a regular risk of the intelligence business, Tenet said, "When the facts of Iraq are all in, we will neither be completely right nor completely wrong."

Tenet's speech came one year to the day after he sat behind Secretary of State Colin Powell, as Powell laid out the U.S. case for war to the United Nations — a case that is now under scrutiny.

The former head of the Iraq Survey Group, David Kay, told Congress that prewar assessments on Iraq appeared flawed. At least five inquiries into the U.S. intelligence on Iraq are under way, and President Bush was expected to announce another commission this week to review the intelligence community.

The CIA director, who began in that post under President Clinton 1997, said the current debate over apparent intelligence shortfalls lacked context, and warned that, "politicized, haphazard evaluation without the benefit of time may result in an intelligence community that is damaged and a country that is at risk."

Referring to the key October 2002 National Intelligence Estimate on Iraq, Tenet said intelligence analysts had concluded that in some cases Iraq had illegal weapons, and in others it was trying to build them. He said analysts differed on important aspects of these programs, but that disagreement was reported in the estimate.

"They never said there was an imminent threat," Tenet said. "Rather, they painted an objective assessment for our policy makers of a brutal dictator who was continuing his efforts to deceive and build programs that might constantly surprise us and threaten our interests.''

Tenet claimed that the weapons search so far has substantiated U.S. charges that Iraq was bolstering its missile program in violation of United Nations restrictions.

Tenet said "the jury was still out" on whether Iraq was developing an unmanned aerial vehicle to conduct surveillance or to deliver weapons of mass destruction. On nuclear weapons, Tenet said, "we may have overestimated the progress Saddam was making."

"However, we have not found the weapons," Tenet said.

At the outset of his speech, repeating a standard Bush administration argument, Tenet said the search for weapons was still under way and "nowhere near 85 percent finished."

"I think he was attacking back," says CBS News Analyst Col. Mitch Mitchell (Ret.) "He had heard there was a failure of intelligence, he didn't believe it, his people didn't believe it, so he decided to set the record straight. I think he made a very strong case for that by telling those who have already challenged his authority, 'don't tell me how to do my business if you don't understand by business,' so he went about the business of explaining it to Congress."

As to why the weapons have not been found, Tenet cited "systematic" destruction of Iraqi files and intimidation of scientists. Tenet said the weapons hunt required patience because in the aftermath of the Gulf War, it took years to uncover Iraq's WMD programs.

That history of Iraqi deception was a major factor in the CIA's prewar assessment, Tenet said. So was Iraq's failure to account for potential weapons material.

Human sources became important to CIA estimates after U.N. inspectors left Iraq in 1998. In the fall of 2002, Tenet said, a human source close to Saddam told the agency that Iraq was actively working on weapons, was ready to use some banned arms it already possessed and was confident of fooling U.N. inspectors who reentered Iraq in late 2002.

That source "solidified and reinforced the judgments we had reached," Tenet said. Given all the signals from Iraq, "it would have been difficult for analysts to come to any different conclusions" than the ones reported.

Nonetheless, Tenet said the CIA was reviewing its procedures and had already made changes. He said that while there were "multiple strands of reporting" on Iraq, "We did not have enough of our own human intelligence."

"We should move all the assets we can toward getting better human intelligence," agrees Col. Mitchell. "Because there's no time like the present to get the process started. The longer you wait, the worse it's going to be for us."

Saying he welcomed the proposed presidential commission on intelligence, Tenet pointed to several recent intelligence successes: the captures of al Qaeda operative Khalid Shaikh Mohammed and Asian terrorist Hambali, using spy data to pressure Libya to give up its weapons of mass destruction, and helping to identify a top Pakistani scientist who sold nuclear technology to enemy states.

It is unclear whether the presidential commission will focus solely on the way intelligence was collected, or also look at how that data was presented by the Bush administration to lawmakers and the public.

Comparisons of CIA reporting to administration officials' statements reveal differences between the two.

For example, the National Intelligence Estimate on Iraq reveals doubts by some intelligence agencies about the extent of its nuclear program, the purpose of work its on unmanned aircraft, its doctrine for using WMD and the circumstances under which Saddam Hussein might partner with al Qaeda. Administration officials rarely, if ever, hinted at those doubts.