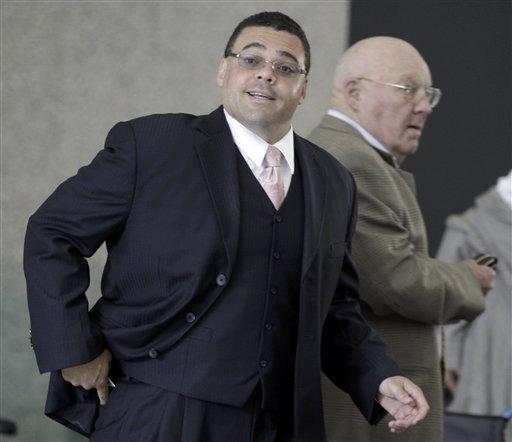 Soon, congregations nationwide - many with only a few dozen members - were holding fish fries, sponsoring cake walks and throwing carnivals to raise the $3,000 they needed to invest in Kennard's company.

For their small investment, the faithful were assured, they would eventually get their money back more than 100 times over - up to $500,000 in a grant or a forgivable loan. What they actually got, prosecutors say, is duped.

Kennard, 46, was charged with bilking nearly $9 million from 1,600 churches in 41 states in just over a year. His month-long trial on 132 counts - from money laundering to tax evasion to mail fraud - ended Thursday and his fate now lies with a jury, which begins deliberations Friday.

The government argued that the charismatic Kennard took advantage of the nation's tight network of black churches to launch a fast-growing pyramid scheme.

"I know you can see clearly it was a scheme, all right. And for some 1,600 churches, it was a nightmare," prosecutor David McClernan told jurors during closing arguments.

Kennard, who represented himself, countered he's not guilty of anything.

"It's not a law against riding in a Cadillac, if you don't want to ride in a Volkswagen," Kennard said in his opening remarks.

Kennard, prosecutors say, represented his Network International Investment Corp., based in Wildwood near the Georgia-Tennessee border, as a $25 million business with more than $100 million in investments.

About three-quarters of the investments would be used to build resorts and the rest would go back to the churches that paid the $3,000 fee. But the resorts were never built and, in most cases, the money was never paid out. The churches saw their big plans - for expansions, outreach programs, drug rehabilitation classes - dashed.

A sharply dressed Kennard crisscrossed the country on private jets and in limousines with a flashy promotional video in hand. But it was faith that sold Kennard's brethren on the deal. They in turn told their friends, nephews, cousins, brothers and, most importantly, fellow pastors.

"It wasn't about ignorance. It was about trust," said the Rev. James Cane of Victory Worship Center in Birmingham, Ala., one of several pastors who testified against Kennard.

"It was like a domino effect," added the Rev. Willie Robbins of the Greater Cathedral Worship Center in Nashville, Tenn., who helped spread the word to Cane and other pastors. "I had preachers telling me, 'I don't trust him, but I trust you."'

Much of the money went to Kennard and his family. It bought cruises and more than a dozen cars, including several Cadillacs and Mercedes-Benzes, prosecutors said.

The vehicles, along with Kennard's assets, were seized by the government. Kennard also used the money to pay for the jets and limos he used during his trips to promote his program, according to prosecutors.

Kennard was tried along with his brother, Laboyce, who was charged with conspiracy to launder money. Prosecutors said he received more than $360,000 from his brother.

Laboyce Kennard's attorney, Giles Jones, said Thursday his client was only trying to start his own business and had no knowledge of his brother's church enterprise.

"They want to make a big deal that he stuck his head in the sand," Jones said.

The Kennards' cousin, Jannie Trammel, and stepbrother Alvin Jasper also were indicted but pleaded guilty and testified at Kennard's trial. Lawyer R. Scott Cunningham is charged with money laundering, but will be tried later.

Michael Trost, who was appointed as Kennard's lawyer but became standby counsel when Kennard chose to represent himself, said he believes Kennard intended to help the churches.

"In hindsight, mistakes were made and things weren't done as correctly as they could have been, but that's not a crime," Trost said.

Trammel, who served as Kennard's right-hand and often helped sell the program to preachers, said she was willfully blinded by her charismatic cousin.

"Because of my relation with him, I didn't see those red flags," she testified. "There's no question people were misled."