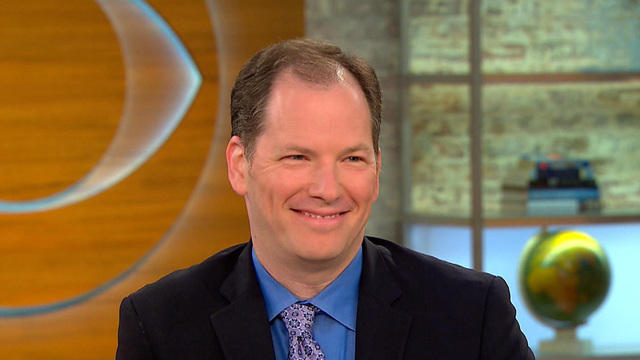 Are you going to bed, eating lunch and having sex at the right time?

According to clinical psychologist and sleep specialist Michael Breus, your genetics can tell you when it’s the perfect time to do just about anything.

“It’s biologically driven. It’s based on your genetics. As a matter of fact, it’s the PER3 gene that actually the length of it tells us a lot about what time you want to sleep and how much you want to sleep,” Breus explained on “CBS This Morning” Wednesday. In his new book, “The Power of When: Discover Your Chronotype,” Breus explains how matching your schedule to your chronotype can help you live a healthier, more productive life.

People often identify as “early birds” or “night owls,” but Breus said there are more chronotypes -- a classification of the general timing of your biological clock.

“So if you knew the best time to do any one of [these] activities during the day -- whether it’s ask your boss for a raise, have a cup of coffee, even have sex – if you knew when was the right time to do that… based on your chronotype, you would reach optimal performance,” Breus said.

A simple quiz can tell you which of the four categories you fall under: lion, bear, wolf and dolphin.

“CBS This Morning” co-host Norah O’Donnell is a lion, which Breus describes as the leaders and CEOs.

“These are my people that like to go from A to B to C. They like to kind of have things in a very particular order, don’t like to deviate,” Breus explained. “And are very early risers.”

Meanwhile, co-host Gayle King is a bear, or the extroverts that people “want to hang out with.” Breus describes bears as the “glue of society.”

“Wolves are night owls. I’m actually a wolf and so I like to stay up late and I used to like to sleep in, but I don’t need a tremendous amount of sleep,” Breus said.

“[Dolphins] are my highly intelligent but problem sleepers. These people have a little bit of obsessive-compulsive to them, so much to the point that sometimes they don’t get stuff done,” Breus said.

Chronotypes can also come in handy when finding a partner. For example, Breus explained that lions and wolves don’t go very well together because of their different sleep schedules.

With light therapy and tweaking your sleep schedule, you can adjust your lifestyle to fit your chronotype. But it can also shift with age.

“By the time I hit 50, 55, I’m going to start to move more into a dolphin or lionesque stage ... because there’s a depletion of melatonin as we age,” Breus said.

While Breus said you do not have to live accordingly to your chronotype, he said that “it works out well.”

Take Dr. Breus’ quiz to find out your chronotype.

Why mixing herbal supplements and Rx drugs could be risky
Thanks for reading CBS NEWS.
Create your free account or log in
for more features.
View CBS News In
CBS News App Open
Chrome Safari Continue
Be the first to know
Get browser notifications for breaking news, live events, and exclusive reporting.