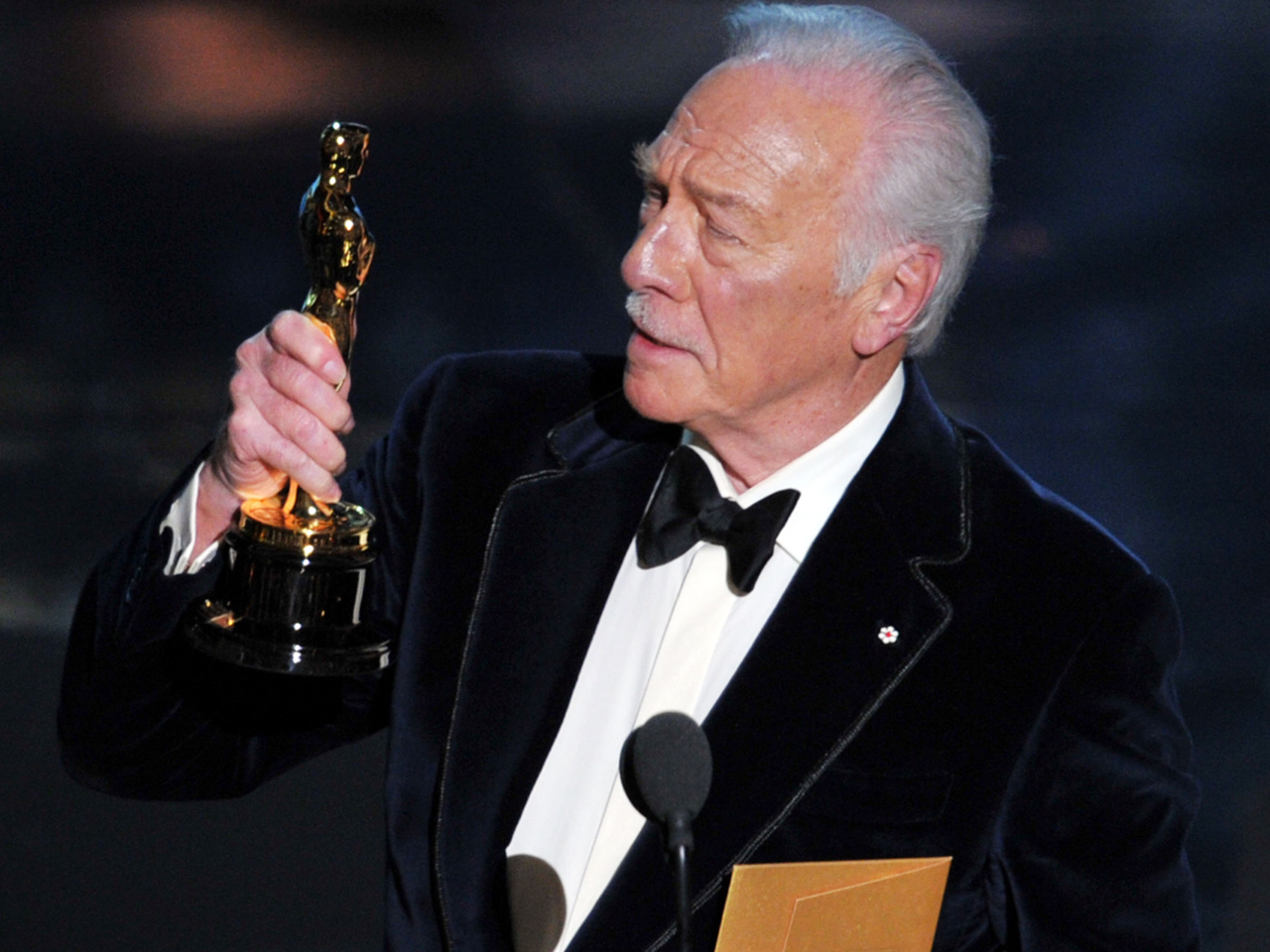 "You're only two years older than me, darling," Plummer said, while looking at the Oscar statuette at the 84th annual ceremony. "Where have been all my life?"

"I have a confession to make," he continued. "When I first emerged from my mother's womb, I was already rehearsing my Oscar speech."

Plummer won the best supporting actor award for his role in "Beginners," in which he plays an elderly widower who comes out as gay. It's the first-ever Oscar win for Plummer, who said he was so proud to be in the company of his fellow nominees Kenneth Branagh, Jonah Hill, Nick Nolte and Max von Sydow. Plummer was nominated once before, in 2010 for "The Last Station."

In the end, Plummer thanked someone very close to him, calling out his "long suffering wife, Elaine, who deserves the Nobel Peace Prize for coming to my rescue every day of my life."

He beats Jessica Tandy and George Burns, who were both 80 years old when they won their Oscars. Tandy took home the best actress award for 1989's "Driving Miss Daisy," and Burns won for 1975's "The Sunshine Boys."