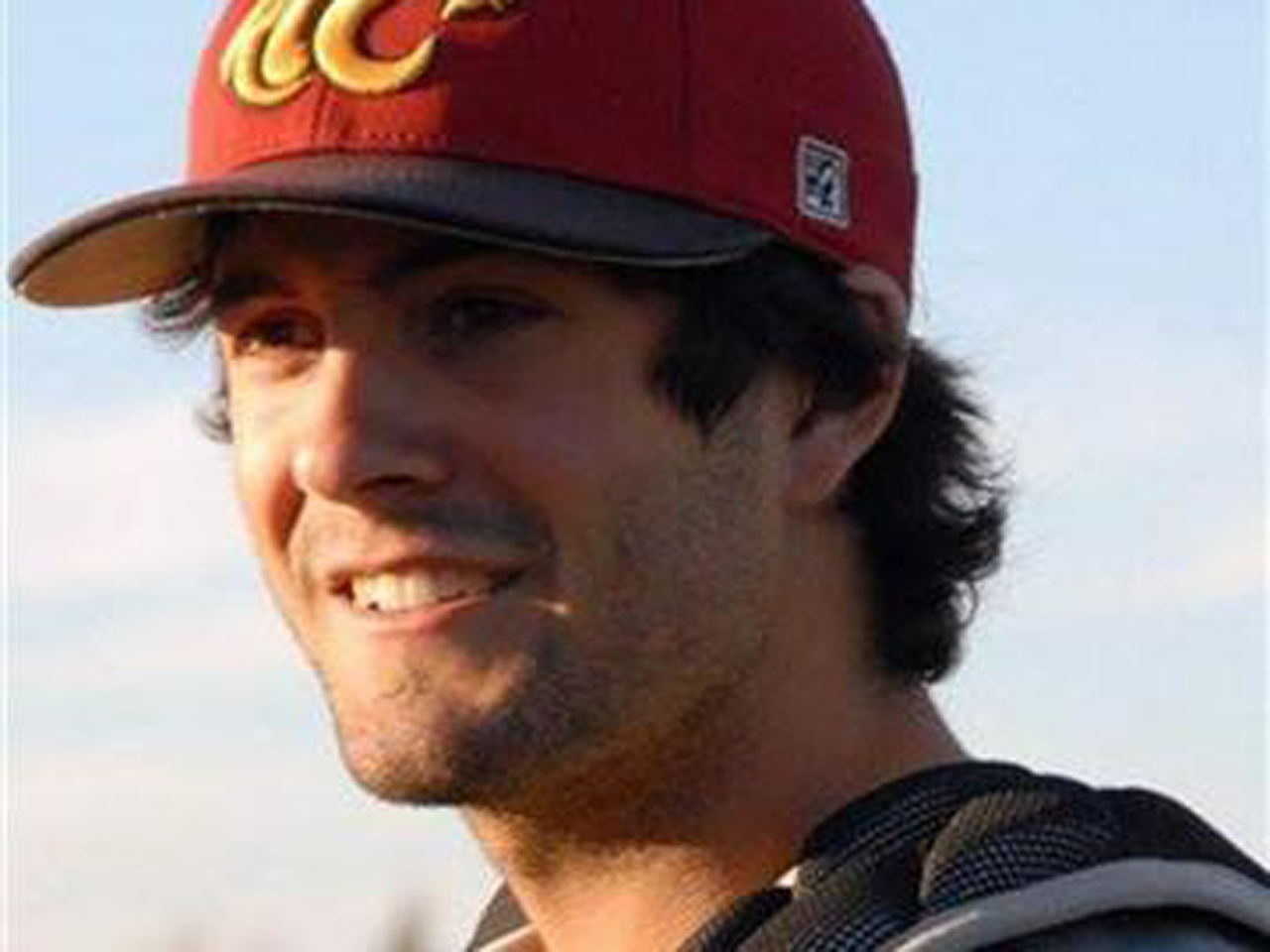 (CBS/AP) CANBERRA, Australia - The 22-year-old Australian baseball player killed in a drive-by shooting in Oklahoma was buried in his hometown of Melbourne on Wednesday after a funeral attended by more than 500 mourners.

His tearful American girlfriend draped the Oklahoma state flag over his coffin in memory of happy times the couple had shared in her home state in the final chapter of his life.

The blue flag was among the last of the significant items placed by loved ones on Christopher Lane's brown and gold coffin during the service at St. Therese's Church.

Lane died Aug. 16 in the town of Duncan while jogging near the home of Lane's girlfriend, Sarah Harper. Duncan police say three teenagers targeted him at random because they had nothing else to do.

The Oklahoma medical examiner said Tuesday that the bullet that killed Lane collapsed both of his lungs, fractured two ribs and tore through his aorta and pulmonary artery before lodging in his shoulder.

The autopsy report supports the police theory that it was shot from a small-caliber weapon from behind by someone passing him in a car and that the shooter intended to kill Lane by aiming for his upper torso.

Television footage of the funeral service was broadcast in evening news bulletins across Australia.

Peter Lane told mourners that the senseless way his son died made the tragedy harder to comprehend. But he said he was getting through the sadness with the help of a lesson he had learned from his only son about letting things go.

"What has happened to Chris is just not fair, but hanging on to it just won't help," he said.

He described his son as mature beyond his years, and said he had been planning a future with his girlfriend of four years.

Dozens of members of Lane's former Essendon Baseball Club, dressed in dark suits, lined the street outside the church in a guard of honor, applauding as a hearse carried their friend away.

The tragedy has become a major media story in Australia, where guns and drive-by shootings are far less prevalent than they are in the United States.

Chancey Allen Luna, 16, and James Francis Edwards Jr., 15, both of Duncan, have been charged as adults with first-degree murder.

Michael Dewayne Jones, 17, also of Duncan, was charged with using a vehicle in the discharge of a weapon and with accessory to first-degree murder. He is considered a youthful offender but will be tried in adult court.

Although the autopsy report will be a critical piece of evidence that supports police and prosecutors' theory about how Lane was shot, it does nothing to specifically link the three defendants to the killing, said Art LeFrancois, a criminal law professor at Oklahoma City University's School of Law.

Luna's attorney, Jim Berry, told The Associated Press on Tuesday that his client was not involved in the shooting, but declined further comment. Edwards' attorney, Al Hoch, and District Attorney Jason Hicks also declined to discuss the case, citing a gag order the judge in the case issued Tuesday.

In the days after the slaying, Duncan Police Chief Dan Ford said the older boy told investigators that the three were "bored" and decided to kill someone for the "fun of it."

Lane moved to Oklahoma to play baseball. He would have been a senior at East Central University and hoped to enter the real estate business.