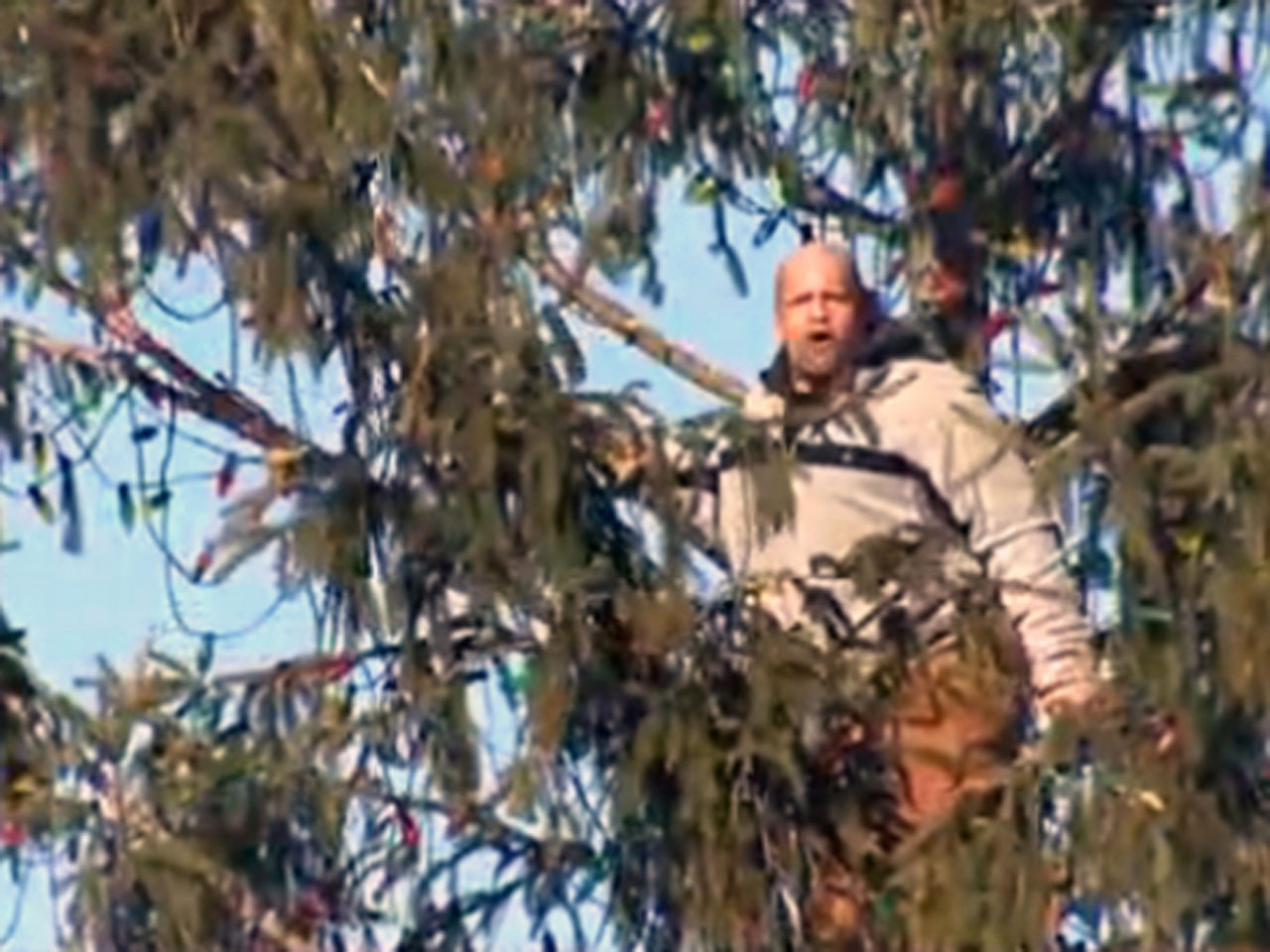 Delgado had two banners in the tree and was shouting about the holidays. The tree is located in a 16-acre park in downtown New Haven near Yale University, according to the station.

The electricity for the lights was cut as police and firefighters responded to the scene around noon Wednesday.

Officers talked with Delgado and persuaded him to climb down.

Delgado is charged with breach of peace. Police said he refused medical treatment.