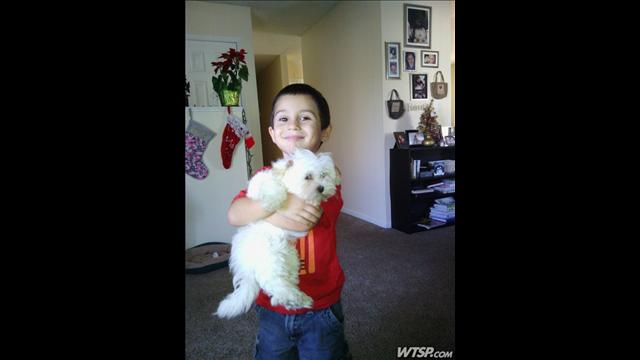 TAMPA, Fla. - Police say burglars broke into a Florida woman's home, stole her two children's gifts from under the tree and snatched the family's puppy.

Melody Russell, a 33-year-old property manager, said the thieves broke in to her home in Tampa while she was at work Monday. She came home to find the back door open, all the presents under the tree gone and Honey, their 12-week-old Shih Tzu, missing.

Her two children, 7-year-old Marissa and 5-year-old Marcus, were at her sister's home when the burglary happened. Marissa cried for a half hour when Russell broke the news about Honey.

"My kids are so in love with that puppy," she said.

The white and tan puppy did not yet have a microchip, Russell said.

Russell said she had bought a handful of modest gifts for each of her children - Nerf guns and slippers and Ninja turtle toys.

"Typical Christmas stuff," said Russell, who is a single mother. "Nothing extravagant."

Tampa police are investigating the case - CBS affiliate WTSP reports the thieves are still on the loose - but police also tried to save Christmas for the Russell family.

Russell said that after the officers wrote their reports and processed the crime scene at her home, she sat in the living room, praying to God for strength. It was 1 a.m. on Tuesday - Christmas Eve - and the phone rang, Russell said.

It was a Tampa police officer, telling her that he and his entire squad were coming to her house with gifts.

When police dispatchers and Squad 204 heard about the theft, they had quickly chipped in to buy Marissa and Marcus presents.

"Every single one of them had gifts in their hands," Russell said. "I was so in shock."

Each present was signed "From Santa."