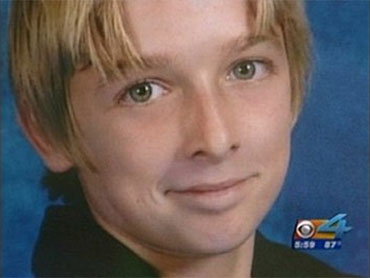 The teen that was set on fire by five teens will be home for the holidays this year.

Michael Brewer, 15, was attacked October 12 in his Deerfield Beach apartment complex. Authorities say five teens surrounded him, poured rubbing alcohol on skin, and set him on fire. He suffered burns on over 80 percent of his body.

Michael's mother, Valerie Brewer, said on "The Early Show" from Miami, it's a "Christmas miracle" that her son is home from the hospital.
"We thought that we would be at the hospital for a year," she said.

Trauma surgeon Dr. Louis Pizano, of Jackson Memorial Hospital, said Michael took a turn for the worse in his second week of treatment - as is expected with burn patients - but then began to make dramatic progress.

"It was really because of Michael's spirit, and because of his determination, and also from the support of his family," Pizano said. "His family through the entire time tried to encourage him to do exactly what we needed him to do, and it's very tough for anyone to go through what he endured."

According to South Florida Sun-Sentinel.com, Brewer has already undergone three skin grafts. Pizano said Michael can walk on his own, but with an irregular gait.

"We're trying to build his strength and his endurance," Pizano said. "And he's trying to get back his range of motion of his arms and legs. And each day he gets a little better and a little stronger."

Three teens have been charged as adults in the attack. Jesus Mendez, 16, Matthew Bent and Denver Jarvis, both 15, are charged with attempted second-degree murder. They could be sentenced to 30 years in prison if convicted.

Investigators say the attack was retaliation for Brewer calling 911 after Bent allegedly tried to steal a bike belonging to the victim's dad because Brewer owed him $40 for a video game.

Valerie said she's not focusing on the attack.

"Michael still has such a far way to go with his recovery. That's just too negative for me," she said. "When the time comes, I will focus on that, but right now, I just I don't have any thoughts at all about it."

You can help Michael Brewer online at Neighbors4Neighbors.org or by calling: 305-597-4404.