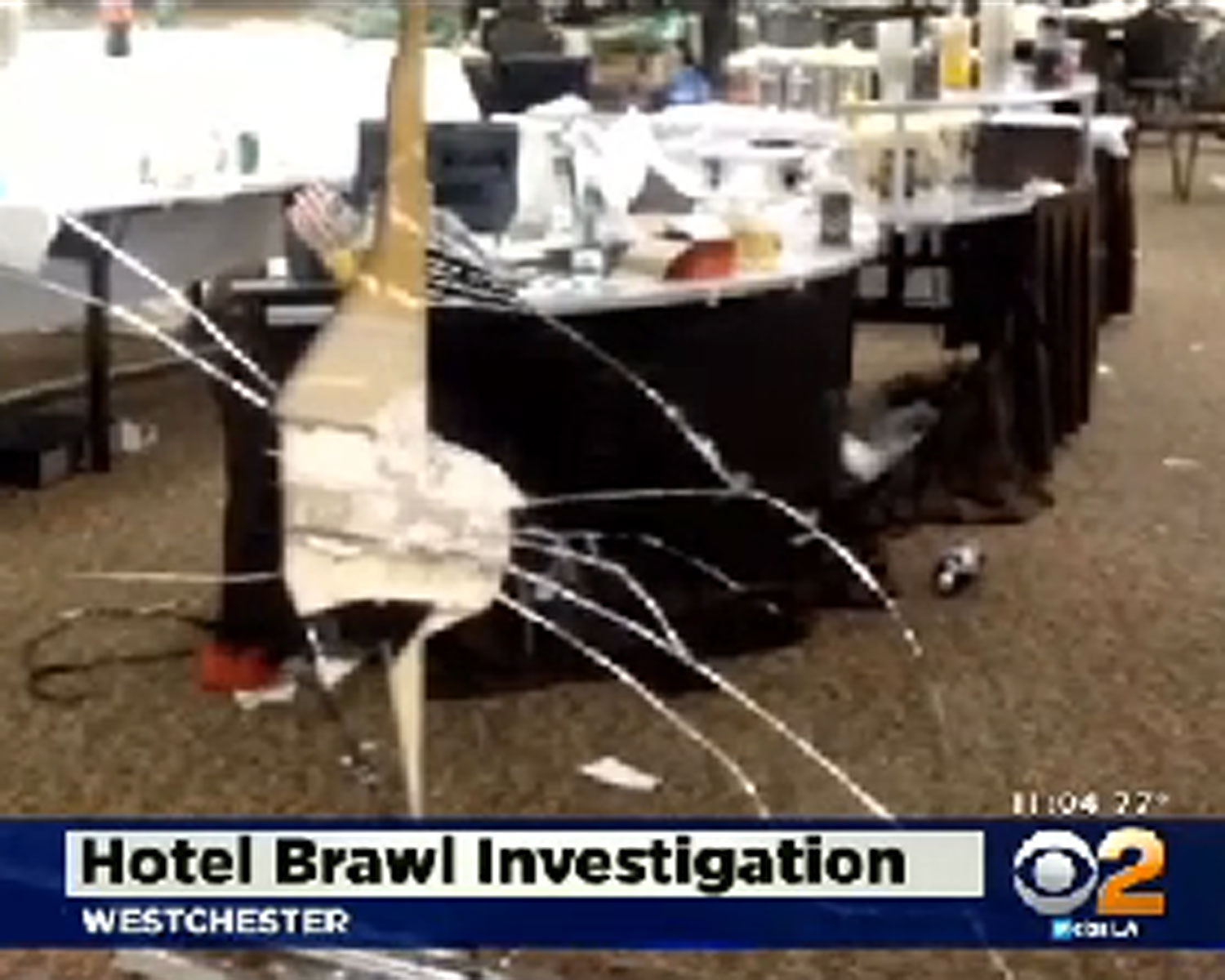 LOS ANGELES - A brawl at a fraternity Christmas party held at the Radisson Hotel at Los Angeles International Airport is under investigation, the Los Angeles Police Department said.

The combatants were throwing chairs and tables, according to reports.

“I saw a fight and this guy got sucker punched and got knocked out completely,” one female witness told the station.

It was unclear what prompted the fight.

According to CBS Los Angeles, police reported no arrests or injuries.