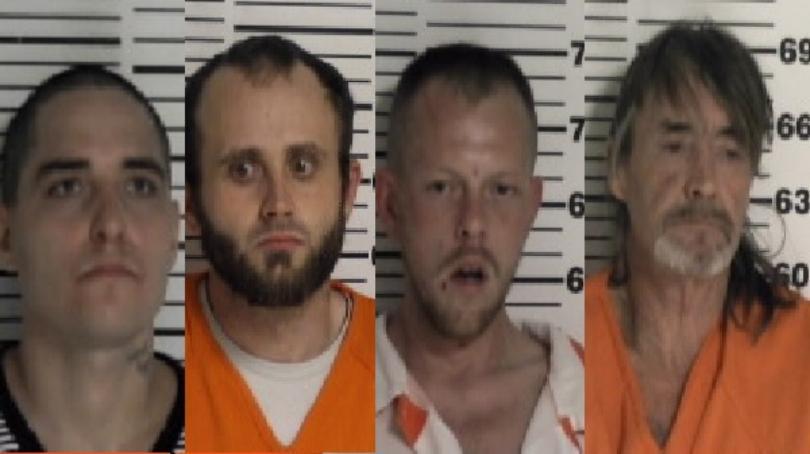 COCKE COUNTY, Tenn. – Four inmates are still on the run in Tennessee after an early morning Christmas Day jailbreak through a hole behind a toilet, officials told CBS Knoxville affiliate WVLT.

The sheriff said there was a water leak behind a stainless steel toilet in the Cocke County Jail Annex, and six total inmates took advantage.

“Apparently the bolts holding the unit rusted out and there was prior damage to the concrete due to plumbing repairs,” the sheriff told WVLT. “The inmates vandalized the lavatory removing it from the wall and gained access to a hole which led outside of the facility.”

Investigators said John Mark Speir was caught at a home in Cosby and Steven Lewis was captured after a foot chase in the Carson Springs Community. During Speir’s arrest, Daniel Speir and Jarred Schoondermark were charged with harboring a fugitive.