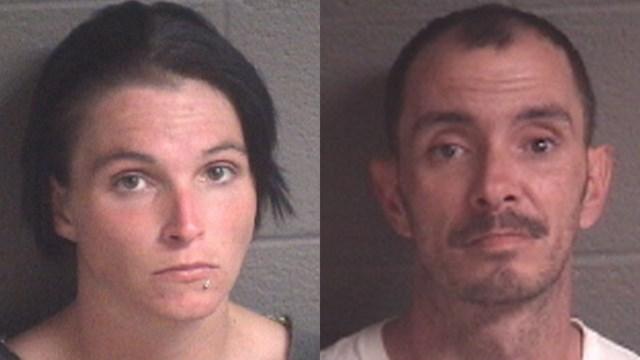 ASHEVILLE, N.C. -- A woman ran over a man in a Walmart parking lot in North Carolina after she caught him going through her purse and now they both face charges.

Video from WLOS-TV shows Christine Braswell accelerate across several parking spots at the Asheville store Wednesday and hit Robert Raines in the back. Braswell told the television station that she wasn't going to let him get away. She says she is five months pregnant.

Asheville Police spokesman Wallace Welch said in a news release Raines dropped the purse before running away and suffered minor injuries when he was hit by the car. Raines was taken to the hospital and treated for minor injuries, CBS affiliate WFMY reports.

Braswell faces an assault with a deadly weapon charge, while Raines is charged with breaking and entering a motor vehicle and larceny. It wasn't known if either had lawyers.