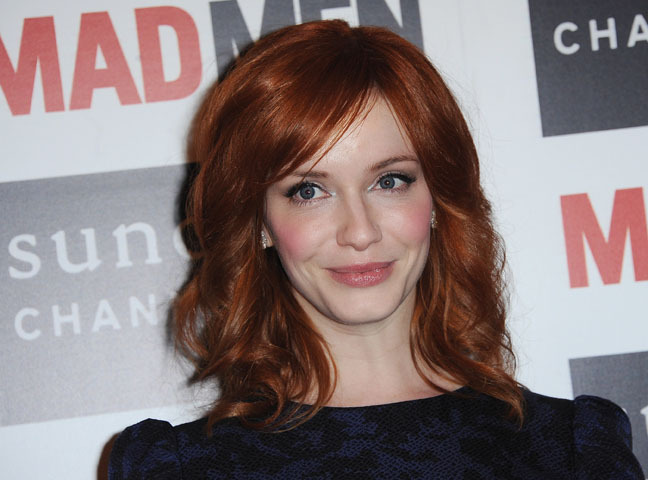 (CBS) Christina Hendricks is heading off the Broadway stage and back to the Sterling Draper Cooper Price office.

Reviews for the musical were generally positive, but one thing that most critics seemed to laud was Hendrick's  performance. The voluptuous actress played a ditzy Pan-Am era flight attendant who gets seduced on stage. The New York Times called her the "discovery of the production," while the Los Angeles Times claimed Hendricks played her part with "aplomb." Though reviewers were quick to point out that her singing was not quite at the same caliber as her co-stars, which included lead Neil Patrick Harris, Stephen Colbert and Jon Cryer, they seemed to agree she had great comedic presence.

"She has a lovely stage presence and delicious timing," David Rooney of Reuters wrote. "Playing dumb with dignity, she gives Bobby's self-deprecating girlfriend an airy sweetness that recalls Marilyn Monroe."

It seems that Joan Holloway might have more tricks up her sleeve than just being seductive.