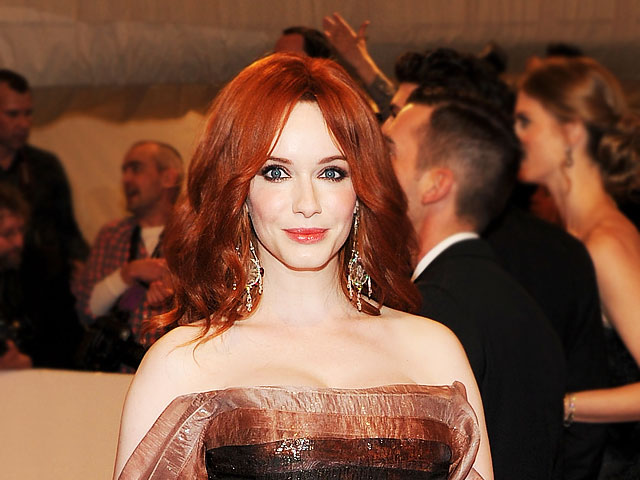 "It's so bizarre that people are constantly asking if my breasts are real or fake,' the curvaceous model-turned-actress told the Daily Mail. "They're so obviously real that anyone who's ever seen or touched a breast would know."

But maybe it's not so far-fetched to figure the fetching actress had a little help up top, given the number of women who choose to get breast implants. The American Society of Plastic Surgeons says the number of women undergoing "augmentation mammaplasty" rose 39 percent between 2000 and 2010, when more than 296,000 American women underwent the procedure.

And women who seek surgical enhancement seem to be asking for bigger breasts.

"The average size has gone up," Seattle-based plastic surgeon Dr. Phil Haeck told CBS News. "The women in my practice used to go a cup size larger. But now about half my patients want to go two cup sizes larger."

He said the women figured that if they were going to have the surgery, they wanted to make sure it really made a big difference in their appearance. And really big breasts are more popular now, he said, because of the availability of silicone implants, which the FDA okayed in 2006. "The satisfaction with silicone is much higher than with saline implants," he said.

But social forces play a role too, he said.

"You can't pick up a "National Enquirer" or "People" without seeing an article about stars having plastic surgery," he said, adding that plastic surgery is now seen as the norm rather than something unusual. "Our mores have changed a lot. It's now socially acceptable not only to have plastic surgery but to talk about it."

Hendricks, 36, is certainly talking - but she told the Daily Mail she didn't want to encourage women to go under the knife.

"I hope I'm not encouraging that," she told the Daily Mail. "If there's anything tobe learned from me, it's that I'm learning to celebrate what I was born with."