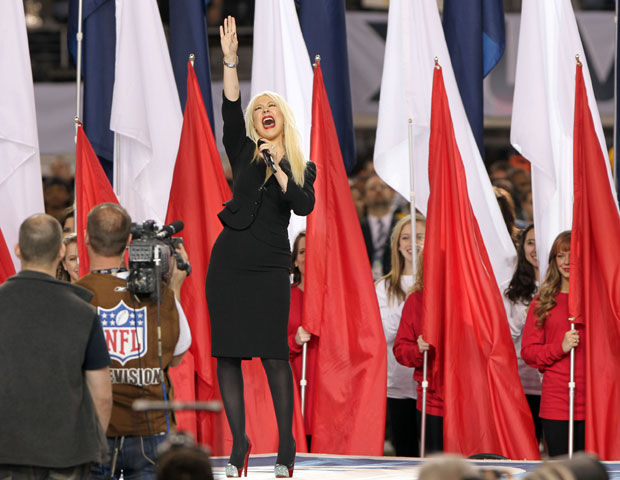 NEW YORK (CBS) Faced with widespread criticism over her flub in singing the National Anthem at the Super Bowl Sunday evening in Dallas, pop star Christina Aguilera has issued an apology saying she lost her place.

Just three lines into her performance , Aguilera mixed up the words. Instead of singing the song's fourth line with the correct words - "O'er the ramparts we watched were so gallantly streaming?" - Aguilera sang, "What so proudly we watched at the twilight's last gleaming?"

She later issued a statement , saying, "I got so caught up in the moment of the song that I lost my place. I can only hope that everyone could feel my love for this country and that the true spirit of its anthem still came through."

Meanwhile, a number of star s have come through on Twitter in support of the singer. Among them was will. i.am of the Black Eyed Peas, the group that provided the halftime entertainment. He tweeted, "Xtina sing'n wonderful."