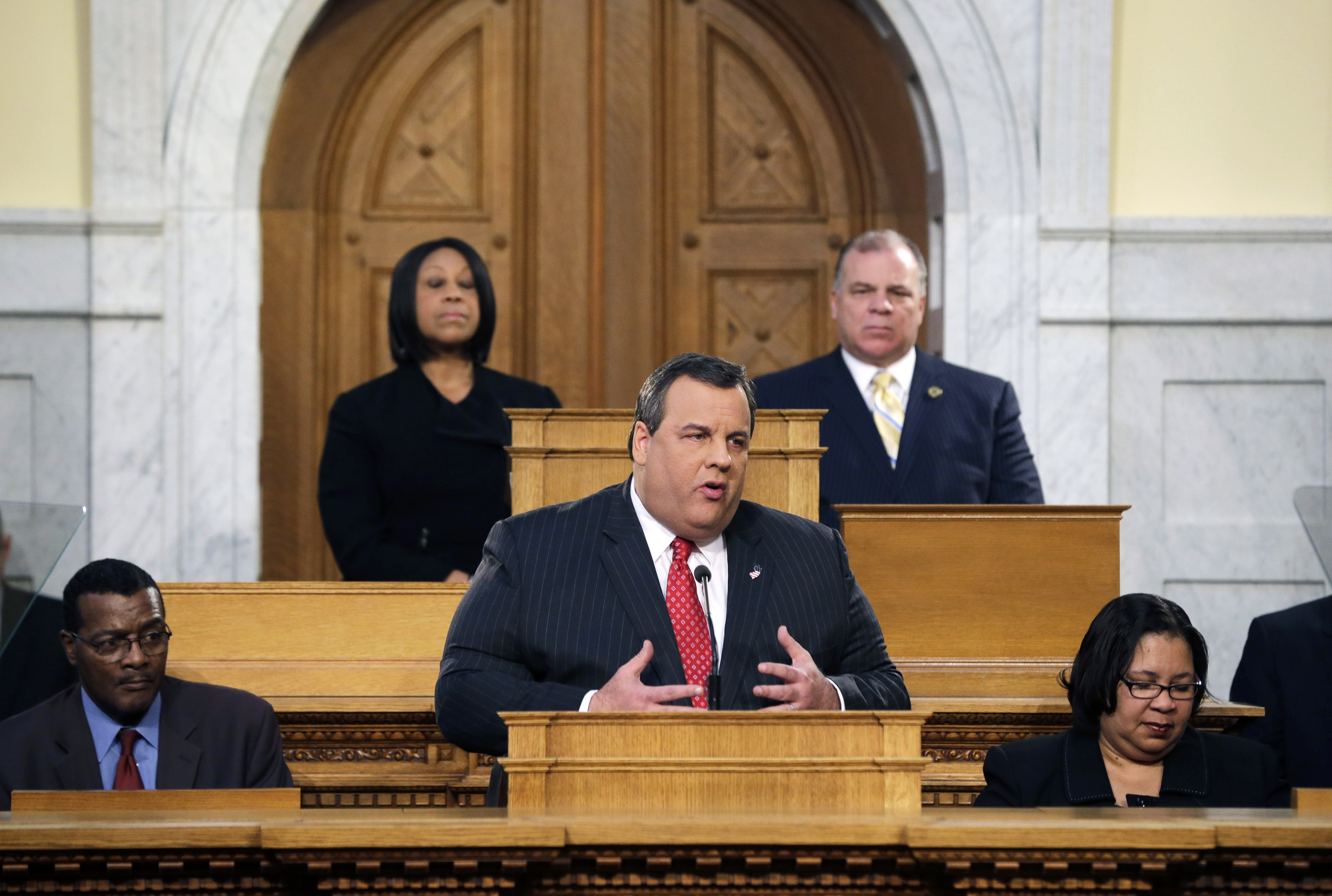 While New Jersey Governor Chris Christie, R-N.J., has been under fire from some Republican critics for recent statements that ignore political boundaries, the New Jersey governor confronted those critics in his annual state-of-the-state address today.

"You see, some things are above politics. Sandy was and is one of those things," he said before the New Jersey legislature at the State House in Trenton.

In the final days of the presidential campaign, Christie embraced President Obama's handling of superstorm Sandy response, leading critics to question Christie's motivation and loyalty to GOP candidate Mitt Romney and the Republican Party. More recently, Christie came down harshly on House Speaker John Boehner, R-Ohio, for cancelling a House vote that would have provided federal aid for Sandy relief.

"There's only one group to blame for the continued suffering of these innocent victims: the House majority and their speaker John Boehner," Christie told reporters in a press conference last week, adding, "my party was responsible for this." After hearing criticism from Christie and New Jersey and New York lawmakers from both parties, Boehner scheduled two Sandy relief votes. The first, which was signed by the president over the weekend, allocates $9.7 billion in aid; the remaining $50 billion will be up for a vote on Jan. 15.

"We have waited 72 days, seven times longer, than victims of Hurricane Katrina waited," Christie said in his 45-minute speech, urging Congress to vote for the remaining aid.

Christie said 364,000 homes were damaged or destroyed and 116,000 people were evacuated or displaced from their homes. He also said Sandy called the economy to "stall" and that the Garden State lost 8,000 jobs.

Despite the hardship, Christie said the state has performed well in recent years, enhancing education, cutting taxes and reducing the deficit. He thanked his Republican and Democratic colleagues for working together, and lobbed another shot at Washington lawmakers, which are often embroiled in partisan battles.

"Maybe the folks in Washington, in both parties, could learn something from our record here," he said.

Heading into reelection this year, Christie is enjoying a comfortable lead. A new poll from Fairleigh Dickinson University's PublicMind shows him with 73 percent approval in New Jersey - a rating second only to that recorded during the immediate aftermath of Sandy. Among the state's registered voters, Christie is trumping his closest challenger, state senator Richard Codey, 59 percent to 26 percent.