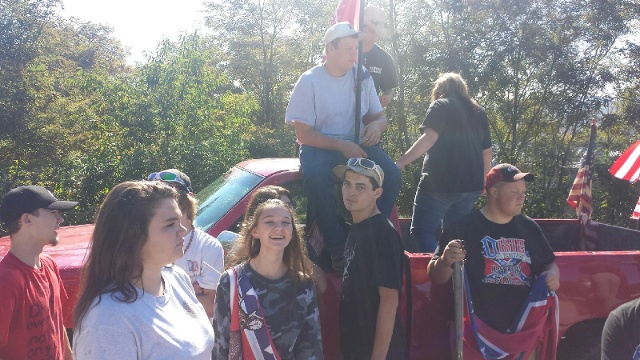 Drake said that the students refused to comply with the dress code after they arrived at the school Thursday. They were given one-day in-school suspensions.

Confederate symbols have come under increased public scrutiny since the June 17 massacre of nine black worshippers at a Charleston, South Carolina, church. The man charged had been photographed holding the Confederate battle flag.

State data show the school has about 1,100 students. White students make up about 83 percent of the student body; black students, 8 percent.