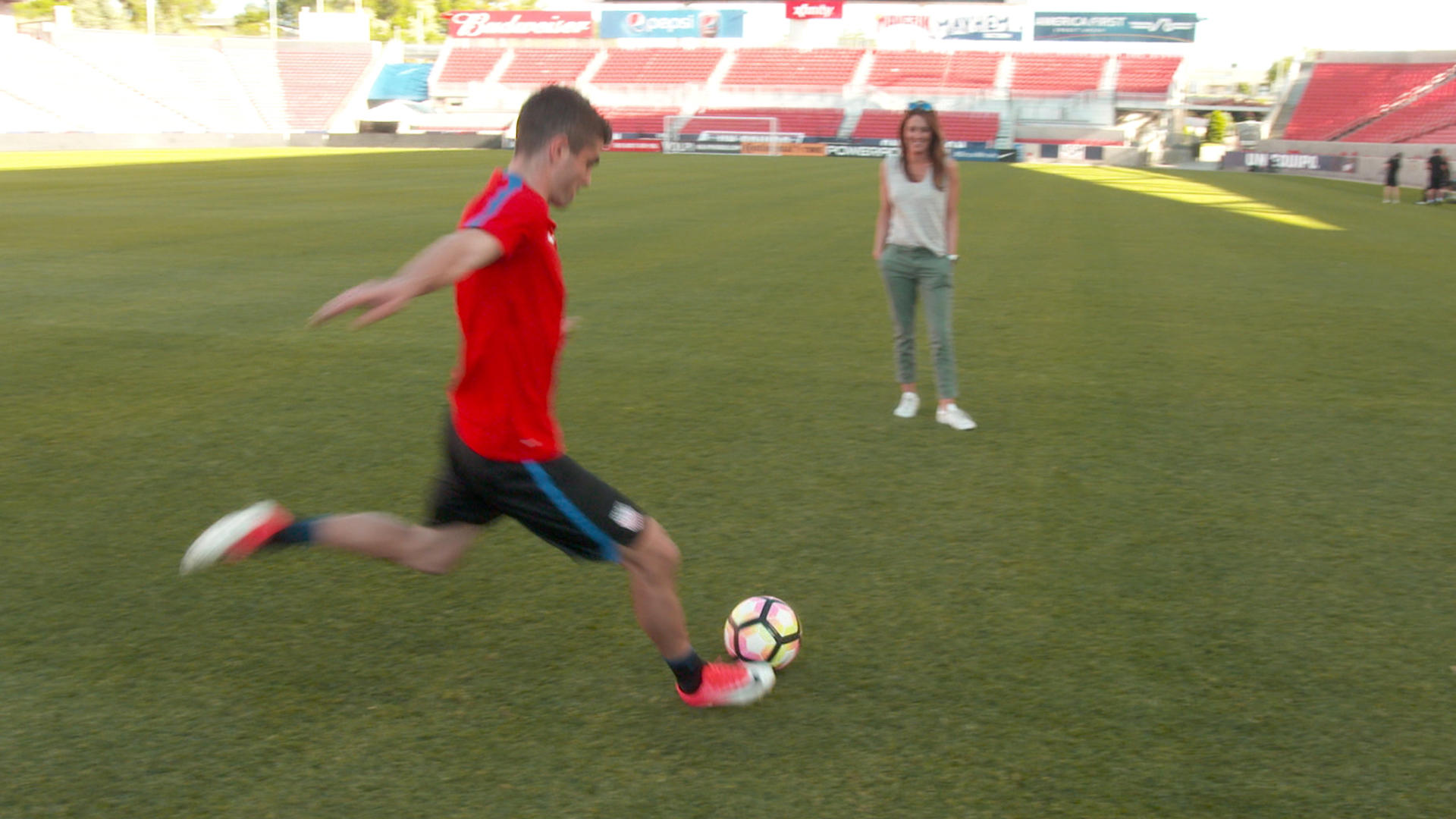 The United States is sitting out this year's World Cup after failing to qualify, but Christian Pulisic is providing hope for the future. The Hershey, Pennsylvania native scored four goals and five assists this past season in Bundesliga, the top soccer league in Germany. That's where 60 Minutes caught up with the young American, who was happy to show off some of his fancy footwork for Overtime in the video above.

The 19-year-old can pull off extravagant moves with more than just his feet, as demonstrated by the secret handshake he shared with teammate Ethan Horvath.

Pulisic and the United States' next chance for World Cup glory will come in 2022.

The videos above were originally published on October 1, 2017.