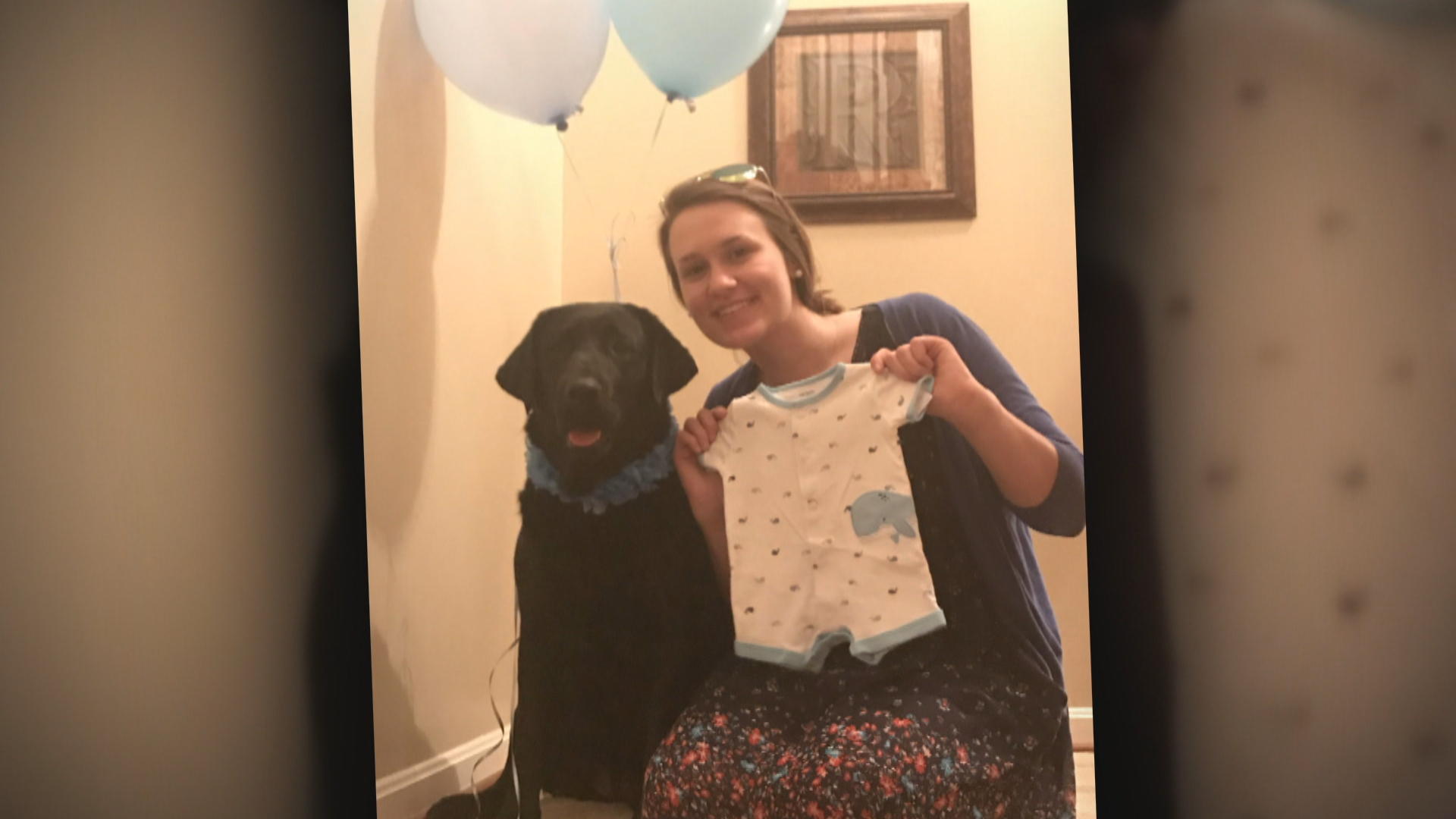 A Christian high school is defending its decision to discipline a pregnant student.

Heritage Academy, in western Maryland, banned Maddi Runkles from participating in her graduation ceremony next month.

In many ways, Maddi was a model student, earning straight A's this year while serving as president of the Student Council.

Maddi admits she made a mistake, and considered having an abortion. She decided against it, and says the punishment she now faces isn't fair, reports CBS News correspondent Jan Crawford.

"It just wasn't going to be the way that I, um, had ever planned it to go," Maddi said.

After learning she was pregnant, Maddi knew she'd have to put her college plans on hold and face consequences at  school.

On considering having an abortion, Maddi said, "You're taught that it's wrong, and you know that it's wrong. And I never thought that I would consider it, but it was just the fear and what I've seen girls like me go through."

Instead, she confided in her mother, Sharon.

"Wow. 18 and a mom. And then the next thought that went through my head is, 'How are we going to get her through her senior year?"' Sharon said.

Students at Heritage Academy sign a pledge that includes a promise of "abstaining from sexual immorality." School officials suspended Maddi for two days and removed her from leadership roles in student organizations. They also banned her from walking in her graduation ceremony next month.

"So it's just dragging out my punishments. Continual punishment."

Maddi said she thinks the punishment should be the same that other students face when they break the student code.

She claims she's willing to accept the consequences, but says other students who break their pledge aren't held out of graduation.

The family reached out to the anti-abortion group Students for Life, which warns this could be a "turning point causing many students to turn away from the pro-life and Christian message". They say the school should not punish the 18-year-old for her decision to keep her baby.

"This is for Maddi. This is for her," said Heritage Academy principal Dave Hobbs.

Hobbs sent a letter to parents saying the school is "pleased that she has chosen not to abort her son" but that "she was immoral" by not abstaining.

He explains the school's teachings are grounded in religion.

"She has fallen short of what's described in the mission statement; does that make sense?" Hobbs asked Crawford.

Discipline, he says, is handled on a case-by-case basis, with Maddi's case being a compromise. Some people wanted her expelled.

"We love Maddi, we forgive her. We want her to be viewed as part of the Heritage family, but there's still accountability necessary," Hobbs said.

When asked to describe what she's gone through, Maddi said, "It's been a blessing."

"Yeah, I know at the end of the day that I made the right choice and in a couple months, I'll have this little sweet reward just to remind me that I did the right thing," she said.

Maddi can still attend classes and will receive her diploma -- just not in front of her 14 classmates.

The father, we're told, is not a student at the school. Their baby boy is due in September.

Maddi is planning to name him Grayson, a nod, she says, to God's grace and forgiveness.