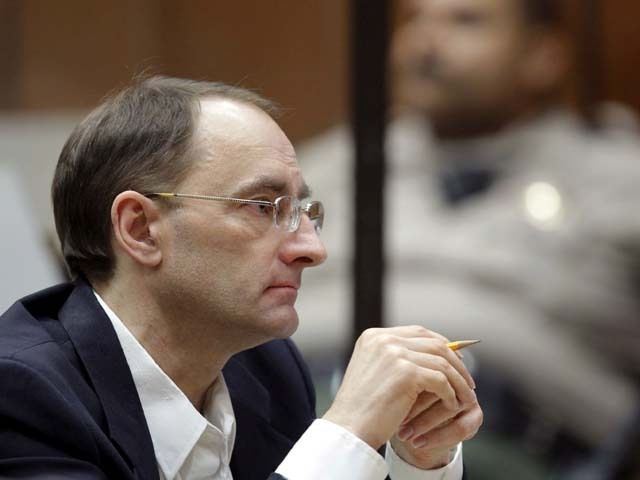 (CBS/AP) LOS ANGELES - A man who assumed numerous  identities including as a Rockefeller heir has been sentenced to 27 years to life in prison for a 1980s murder in California.

Christian Gerhartsreiter was sentenced Thursday in Los Angeles Superior Court for the killing of John Sohus, who disappeared along with his wife Linda in 1985.

John Sohus' bones were later dug up in the backyard of a suburban San Marino home where Gerhartsreiter had been a tenant living under a false name.

The German immigrant also vanished around that time and in the following years masqueraded across the U.S. under a series of identities including as a pretender to the Rockefeller oil fortune.

Publicity over his conviction in the Massachusetts kidnapping of his own daughter led investigators to re-examine the California cold case.

Gerhartsreiter was convicted in April of murdering Sohus, his landlady's adult son, at a suburban San Marino home. The German immigrant who fooled friends, lovers and a wife during an extraordinary three-decade charade took over his own representation after a jury convicted him of first-degree murder.

After firing his lawyers and taking on a new role as his own attorney, Gerhartsreiter failed to file required paperwork asking for a new trial.

Gerhartsreiter, 52, has insisted from the outset he is innocent of murder.

It was a heavily circumstantial case built 28 years after John Sohus vanished. There was no slam-dunk DNA solution to a murder mystery. But discovery of the bones buried for two decades in a backyard where the defendant had lived added a crucial piece to the puzzle of the man who later called himself Clark Rockefeller.

Sohus, a 27-year-old computer programmer who was the son of the defendant's landlady, vanished with his wife, Linda, in 1985. No trace of her has been found.

Gerhartsreiter hinted at a recent hearing that he might have information about her whereabouts.