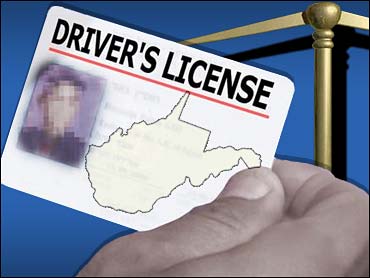 Even Jesus Christ can't circumvent the rules for getting a driver's license in West Virginia.

Attempts to prove his name really is Christ have led the man born as Peter Robert Phillips Jr. through a lengthy legal battle and a recent victory in the District of Columbia Court of Appeals.

"This all started with him expressing his faith and his respect and love for Jesus Christ," attorney A.P. Pishevar told The Associated Press. "Now he needs to document it for legal reasons."

Described by his attorney as a white-haired businessman in his mid-50s, Christ is moving to West Virginia to enjoy a slower lifestyle. He bought property near Lost River, about 100 miles west of Washington, and has a U.S. passport, Social Security card and Washington driver's license bearing the name Jesus Christ.

But he still falls short of West Virginia title and license transfer requirements because his Florida birth certificate has his original name on it and he has been unable to obtain an official name change in Washington.

"We just need official documentation that that's his name," said Doug Stump, commissioner of the West Virginia Division of Motor Vehicles. "He will be treated no different than anybody else."

Christ applied for the legal name change in May 2003, but it was denied by District of Columbia Superior Court Judge Tim Murphy because "taking the name of Jesus Christ may provoke a violent reaction or may significantly offend people."

In his appeal, Christ's attorney argued that Phillips had changed his name to Jesus Christ 15 years earlier, and "has been using the name since then without incident."

The appeals court last month sent the name-change proposal back to the lower court, saying some required hearings in the case had not been held.

Any comment from the man in the middle of this legal tussle?

"Christ is not speaking to the press at this time," Pishevar said.