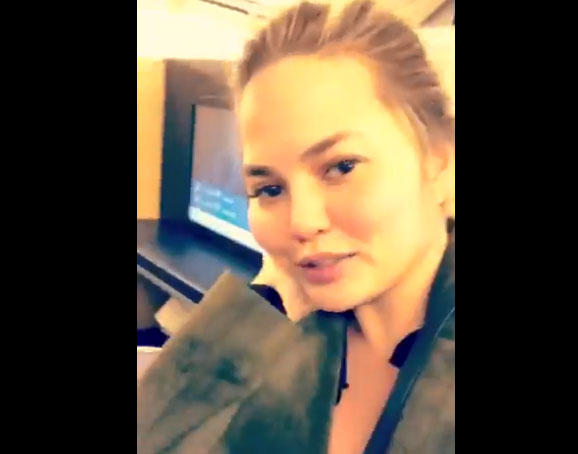 LOS ANGELES -- A plane heading from Los Angeles to Tokyo turned back Tuesday because an unauthorized person was on board.

CBS Los Angeles reports model Chrissy Teigen was on board and tweetstormed about it as it was happening.

"During the flight, the cabin crew became aware that one of the passengers boarded the incorrect flight and notified the pilot," the statement said. "As part of the airline's security procedure, the pilot in command decided to return to the originating airport, where the passenger was disembarked.

"ANA is researching the situation currently to determine how the passenger boarded the flight. ANA would like to express its apologies to the passengers for the inconvenience. We take great pride providing exemplary customer service, and on this flight we failed to do so."

The FBI told CBS News early Wednesday no arrests have been made, no charges have been filed yet and the investigation was continuing.

Teigen, who was on the plane with husband John Legend, tweeted that the plane made an about-face about four hours into the scheduled 11-hour flight. She said passengers were told someone had managed to board the ANA flight with a United Airlines ticket and added that police interviewed passengers who were sitting near the person:

Airport police said there was a "mix-up" that's been resolved, and the flight has been rescheduled to depart Wednesday.