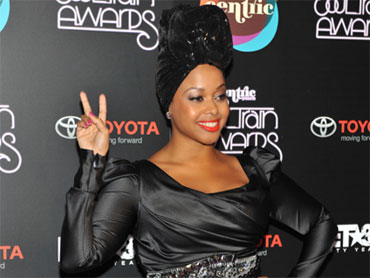 Chrisette Michele may only be 27, but the R&B sensation already has a Grammy and three hit albums under her belt. She forges ahead this New Year, bringing more soul to 2011.

Michele takes advantage of her creative freedom - she sings, raps, and even writes nine of the 12 songs on this third album. The 12-track offering also includes the single, "Goodbye Game," as well as guest appearances from Talib Kweli, The Roots' Black Thought, and frequent collaborator Rick Ross on "So in Love."

Dubbbed a "soulful songbird" by Entertainment Weekly, Michele won a Grammy for Best Urban/Alternative Performance category for her single, "Be OK," featuring will.i.am.

"Be OK" first appeared on her soul-tinged 2007 debut album, "I Am," for which she penned all the lyrics.