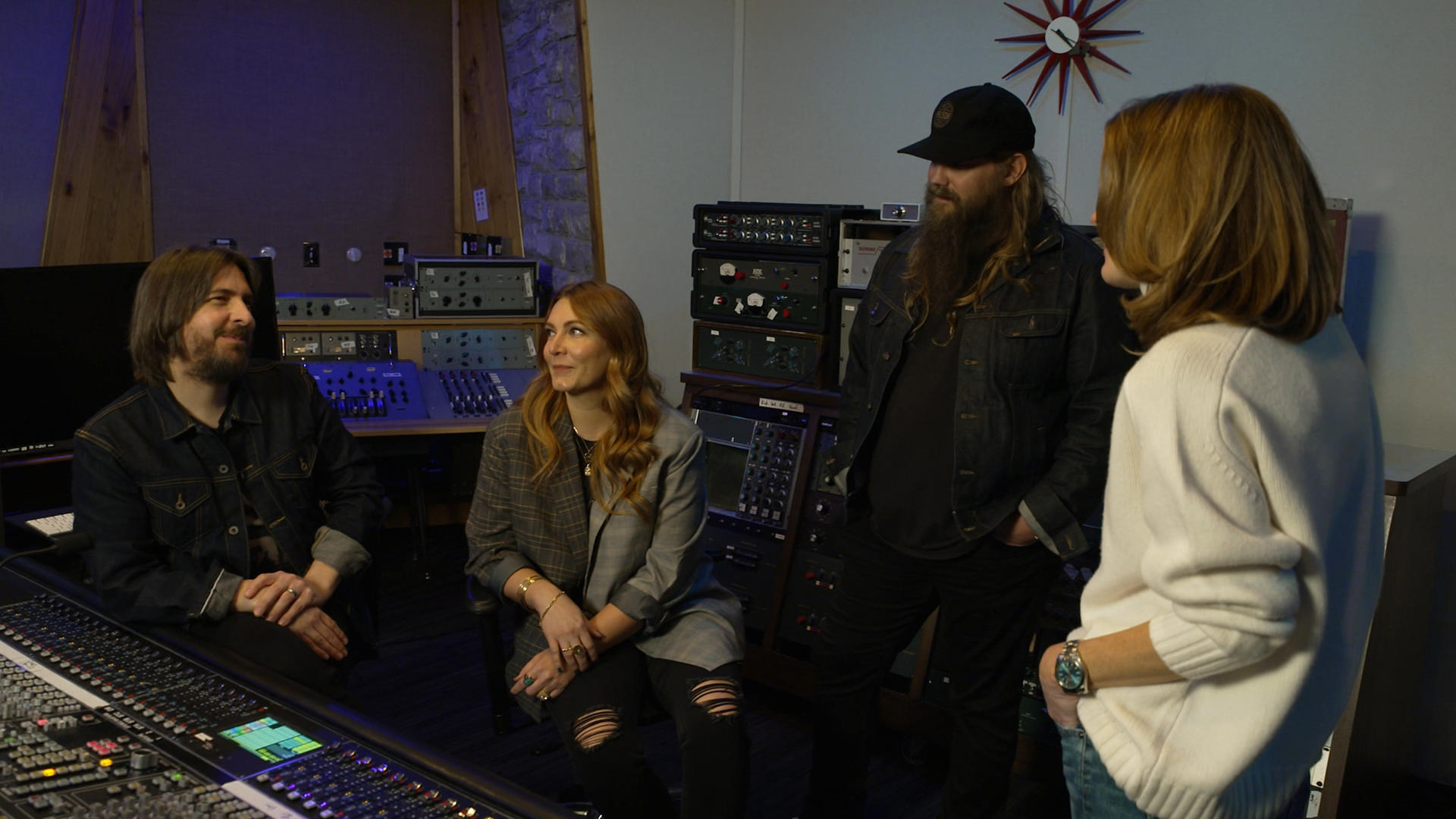 The trio met 60 Minutes correspondent Sharyn Alfonsi inside historic RCA Studio A in Nashville to reflect on their creative process and collaborative relationship.

Cobb, himself a guitarist and bassist, has worked with music royalty, producing for Barry Gibb, Sturgill Simpson, and Lady Gaga. In 2018, he contributed to the Grammy award-winning soundtrack for "A Star Is Born." A six-time Grammy award-winner, Dave Cobb told Alfonsi that producing Chris Stapleton is a unique experience.

"I mean, we're playing live," Cobb said. "And that vocal you hear on the record is what he's saying at that moment. And that's what the band played at that moment. And that's very unusual for making records." Stapleton elaborated on the shift in producing style, adding "It didn't used to be. That's how we used to do it." "No, and that's the way it used to be, you know, probably up until maybe the '80s," Cobb affirmed. "But it's-- when you hear these records, you're hearing exactly what happened and is documented in that room."

The Stapletons and Cobb have won two Grammy awards for their collaboration on the albums "Traveller" and "From a Room: Vol. 1."

Chris Stapleton described the dynamic between the three musicians, saying that they feel safe to push back against one another in pursuit of "trying to make the best version of whatever we're doing." He described Morgane as the "voice of reason" in the recording studio, explaining that the men could often get lost in the minutia of a track or distracted by a unique piece of equipment. Stapleton's rehearsal space in Nashville is packed with music ephemera.

"Chris and I are two… kids running down a path and going somewhere. And Morgane will walk in and she's like, 'You know, try something different.'" Cobb told 60 Minutes. "She's always right," he added.

Cobb asserted that the musical partnership between Chris and Morgane Stapleton is what takes Chris' sound to the next level. "I mean, a big part of the sound to me is those two singing together. Very few people in the world could keep up with him. And she certainly can."

Dave Cobb credits Chris Stapleton for his simple, honest style. "If you listen to the records, the records are so minimal," he said. "It's just really about the song, the song that Chris has written."

Chris Stapleton stands out amongst his contemporaries for producing music that blends genres Including southern rock, blues, and country. Dave Cobb told 60 Minutes that to his ear, Stapleton's voice comprises bits of Otis Redding, Paul Rodgers, and Lynyrd Skynyrd. "He has all the great American music summed up in there in a lot of ways," Cobb said.

Cobb believes that Chris Stapleton's raw, emotion-fueled songwriting ability elevates him above the rest. "I mean, it's just it flows out of him," Cobb said. "It's like there's no filter between his thoughts, his voice and the performance on the record, you know. I think that's what makes him special is what you're hearing on record is him and him saying whatever he wants to say, whatever's internal comes right out of him very easily."

You can watch Sharyn Alfonsi's 60 Minutes profile of Chris Stapleton below.

The video above was edited by Peter M. Berman.