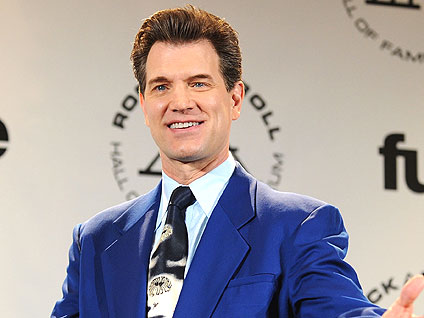 The search is heating up to find a replacement judge in time for the tenth season of the Fox reality singing competition. And reports say that the "Wicked Game" singer has already met twice with the network.

According to The Hollywood Reporter, Fox is determined to land a widely known music industry figure for the position. Issak has reportedly set off a tug-of-war between "American Idol" executive producer Simon Fuller and Cowell, whose upcoming Fox singing contest "The X Factor" is also seeking judges.

Fox has no decision set for the immediate future. But the website says Peter Rice, Fox's new entertainment chairman, has said he expects the new "Idol" judge to join the audition roadshow by early September.

Issak was not the only crooner considered. Harry Connick Jr. and Bret Michaels have also been tapped, though The Hollywood Reporter says the latter is out of the running.