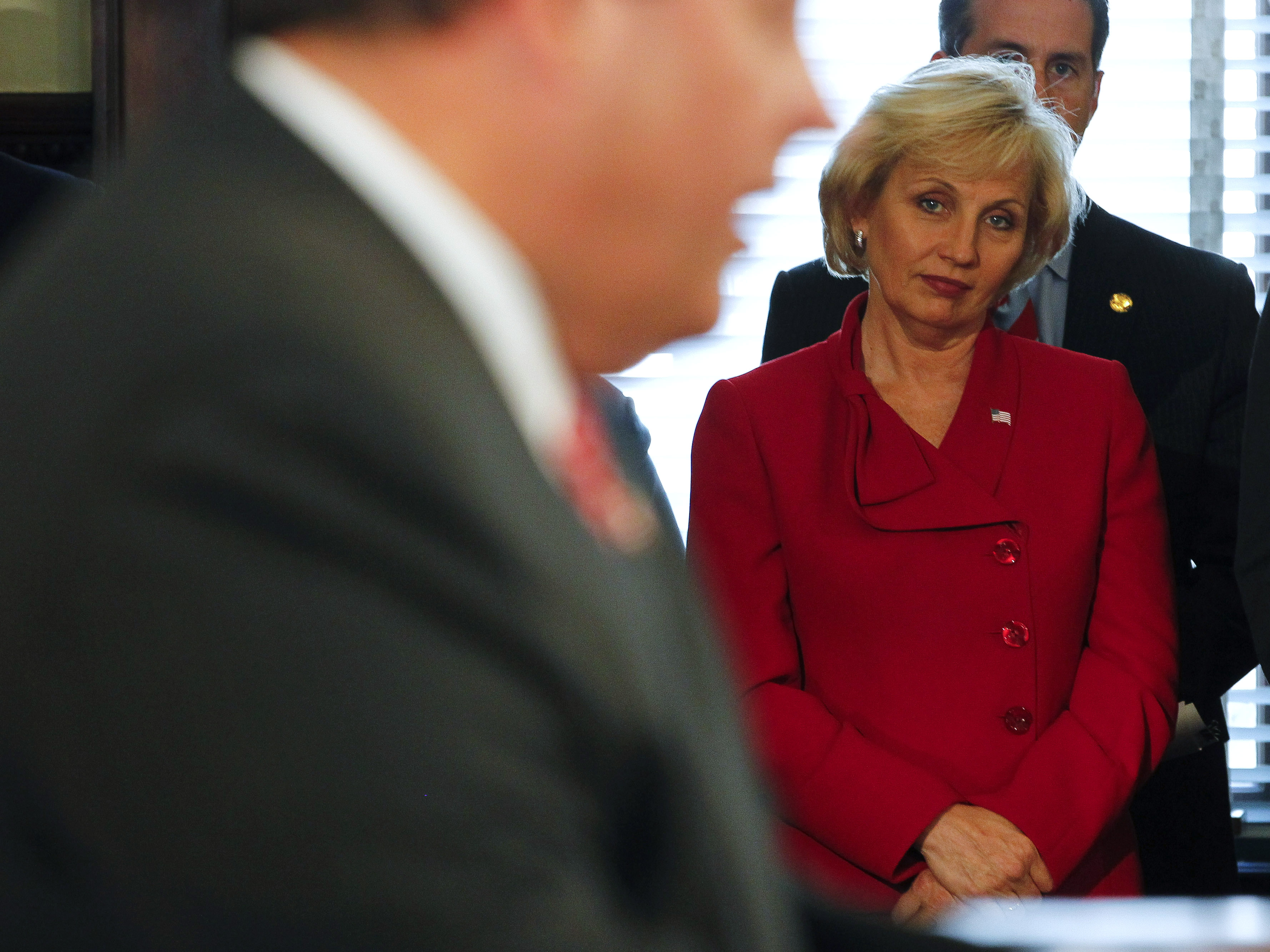 New Jersey Lt. Gov. Kim Guadagno on Monday flatly denied she attempted to use relief for Superstorm Sandy as leverage to compel the mayor of Hoboken, N.J., to approve a development project.

"I deny any suggestion made by Mayor Zimmer that there was ever any condition on the release of Sandy funds by me," Guadagno said at a news conference.

Dawn Zimmer, a Democrat and mayor of Hoboken, N.J., first said on Saturday that several top state officials – including Lt. Gov. Kim Guadagno - pushed her to fast-track the approval process for a major development project. Zimmer said administration officials told her the project was “very important” to Gov. Chris Christie, R-N.J., and that Sandy relief aid “would start flowing to you” if she approved it. Christie’s administration quickly denounced Zimmer’s account, accusing the mayor of playing “partisan politics.”

On Sunday, Zimmer stepped up her charges saying on CNN’s "State of the Union" that Guadagno told her that the request "was a direct message from the governor."

"The lieutenant governor pulled me aside and said, essentially, `You've got to move forward with the Rockefeller project. This project is really important to the governor,’” she said. “And she said that she had been with him on Friday night and that this was a direct message from the governor.”

Following Guadagno’s denial on Monday, Zimmer issued a statement saying she was “genuinely disappointed” that Guadagno has “lived up to her promise” to deny linking the Sandy money to the development project.

“I met with the U.S. Attorney for over two hours yesterday, answered all their questions and turned over my journal in which I described my conversation with the Lieutenant Governor and Commissioner Constable,” Zimmer said. “I stand by my word, remain willing to testify under oath, and I will continue to answer any questions asked of me by the U.S. Attorney's office.”

An unnamed source close to Guadagno told CNN that the lieutenant governor recalls speaking with Zimmer but that she recalls Zimmer mistakenly conflating the issues of Sandy recovery aid and redevelopment. "Kim remembers in their conversation that she was talking about redevelopment and making investments in Hoboken. She remembers Zimmer pressing Kim for money for Sandy. Kim remembers saying you can't tie the two together," the source said.

Monday afternoon, a Christie administration official told reporters that the governor’s office worked with federal, state and local officials to dole out Sandy funding in a comprehensive and objective way.

“We controlled monies in that we were responsible for charting out recovery programs, [but] we did it in a methodical way with stakeholder input,” Marc Ferzan, executive director of the governor’s office of recovery and rebuilding, said on a conference call. “And then based on objective metrics, applicants have been eligible to apply for those programs.”

In an example of the challenge it was to allocate funding, Ferzan pointed out that Federal Emergency Management Agency (FEMA) allocated the state roughly $300 million for one hazard mitigation program after the storm, but the state received more than $14 billion in requests for that funding. “Obviously we had to create objective programs that could be available for all eligible communities,” he said.

Christie was asked about the scandal over the weekend at a political event hosted by Home Depot co-founder Ken Langone. Christie, there in his capacity as new chairman of the Republican Governors Association, told the Republican donors there that he couldn’t say when the controversy would end.

“He said, ‘I don’t know,’” Langone told Politico. “‘But as far as I’m concerned, I did what I can do, with great apologies and embarrassment.’”