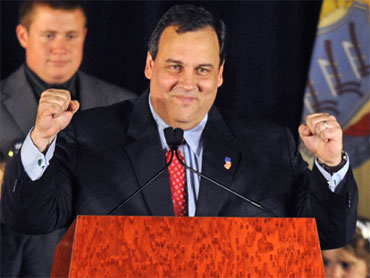 As for reasons as to why Corzine lost, CBS News political director Steve Chaggaris notes that his popularity has been dropping for a while.

"Corzine's unpopularity going into Tuesday's election cannot be underestimated," he wrote in his analysis of the race. "Simply put, New Jersey voters have been looking at other options for a while."

Looking at exit polls, independents made up 28 percent of the electorate and backed Christie over Corzine by 60 percent to 30 percent.

"New Jersey's electorate was older and slightly more conservative than last year. Voters were looking for change, but while change represented the Democrat, Barack Obama a year ago, New Jersey voters saw Christie, the Republican, as the change agent this time around," De Pinto added. (Read more on why Christie won in New Jersey>)