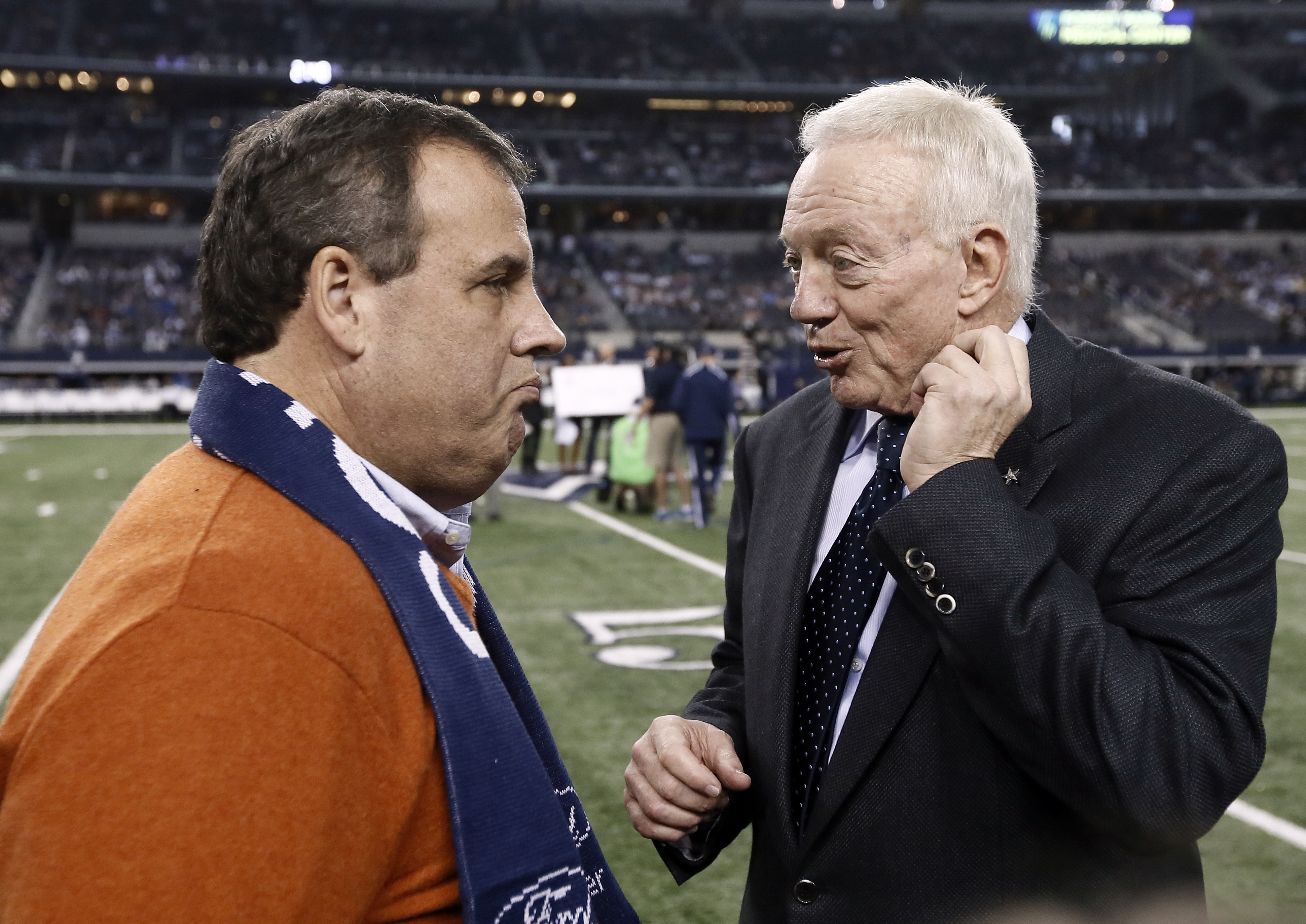 New Jersey Governor Chris Christie will be wearing his orange sweater to Green Bay, Wisconsin on Saturday, to cheer on his beloved Dallas Cowboys as they take on the Packers. This time, however, he'll be footing the bill "for himself, his sweater and his son [Andrew], to make sure we keep silliness out of the football season," said Christie's spokesman, Michael Drewniak, in a statement to CBS News.

It has been noted by critics and news outlets, including CBSNews.com, that Cowboys owner Jerry Jones has been paying for Christie's travel for prior Dallas games.

The statement from Christie's office also said, "As a lifelong Cowboys fan, it's hard to pass up attending a playoff game when you've been dubbed the team's mojo" and added that the governor doesn't want "to risk breaking the team's 5-0 streak by messing with karma."

Correction: This article originally stated that the Dallas-Green Bay game would be played on Saturday. The Packers play the Cowboys on Sunday.