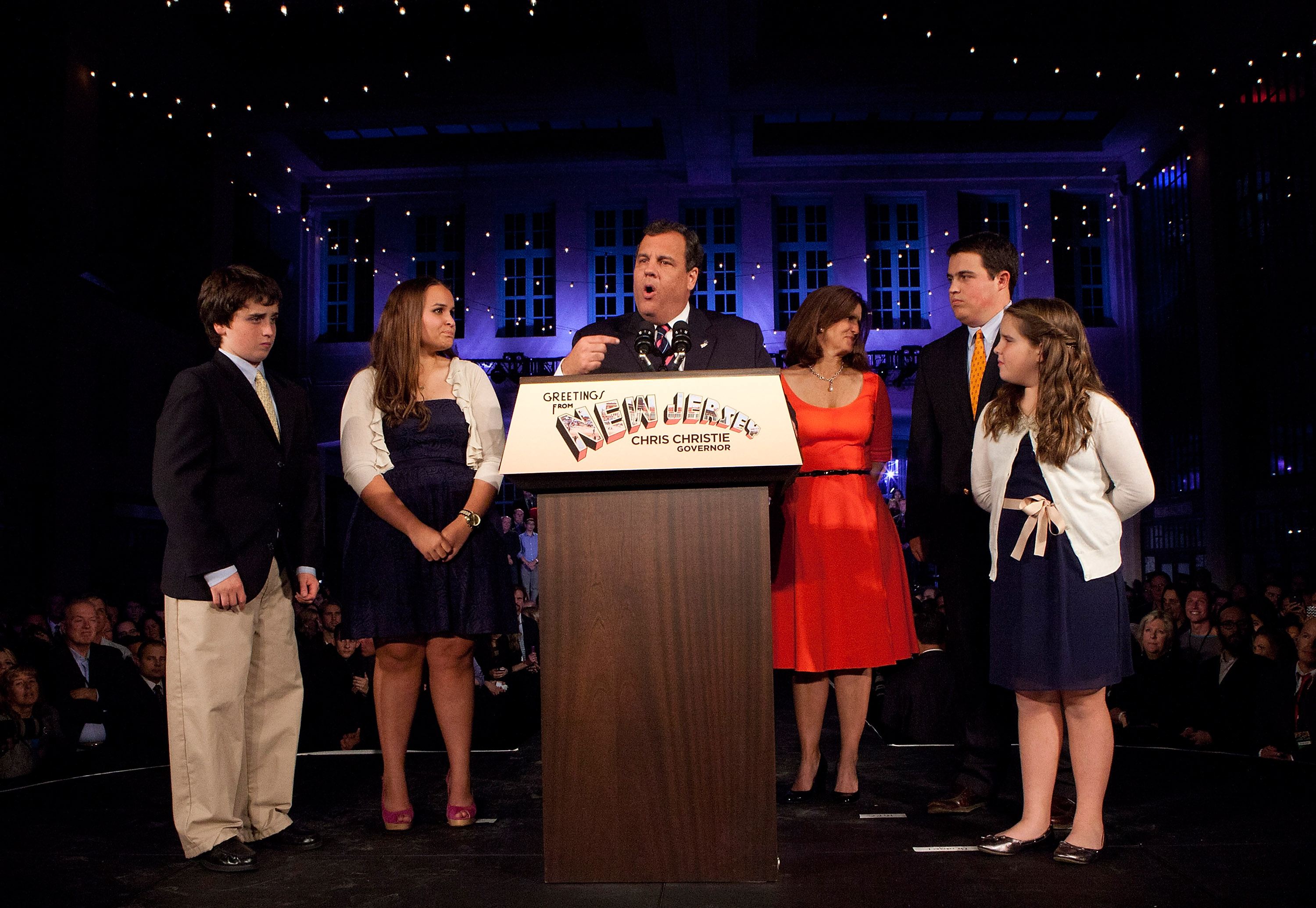 Though Christie's four children -- two girls, two boys, ages 10 through 20 -- have figured prominently into his campaigns and political persona, the governor admitted he was surprised by the award.

"It kind of came out of nowhere," he told the New York Times. "I never thought I'd be on the same list as Hulk Hogan."

His kids were equally nonplussed.

"Their initial reaction, to be honest, was to laugh," Christie said. "They were like, 'Father of the year for New Jersey?'"

The award will be conferred at a luncheon in New York on June 4, and the proceeds will go to Save the Children, a charity organization. Also being honored this year is shoe designer Vince Camuto.

Christie told the Times that he's tried to mimic the example set by his own father -- to be "one of those guys...who shows up."

He's attended recitals and ballgames, many as governor, and he acknowledged the balance between work and family isn't always easy to strike. "I don't always do it perfectly," he allowed, "but I am always trying to get it right."