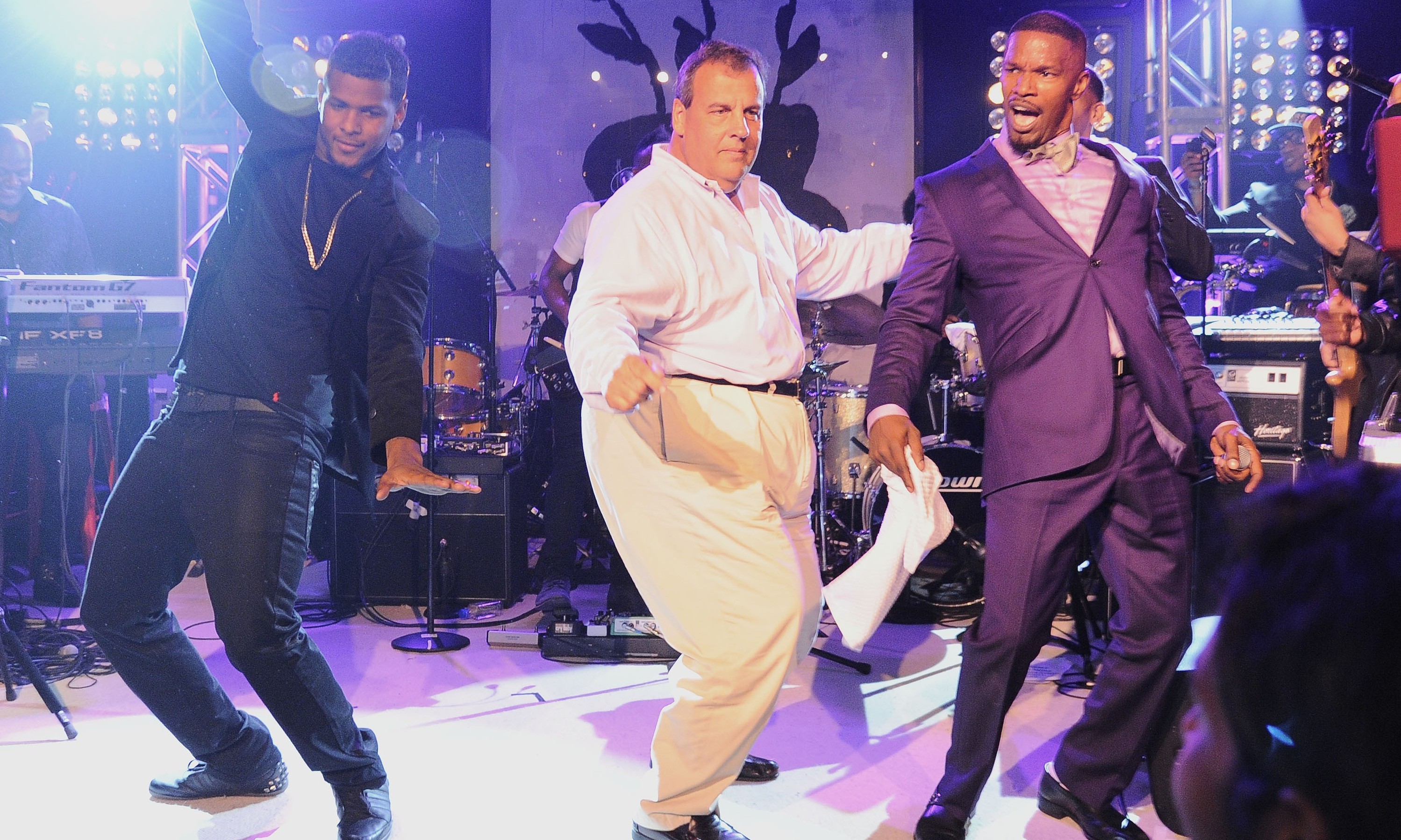 Gov. Chris Christie, R-New Jersey, and Sen. John McCain, R-Arizona, did a little more than hobnob with celebrities and CEOs at businessman Ronald Perelman's Hamptons fundraiser on Saturday night. At the urging of Jamie Foxx, both prominent Republicans took a turn showing off their dance skills on the stage.

Christie (who was a guest of Jon Bon Jovi) "strutted onstage with Foxx" for some "rambunctious gyrating," according to Page Six, which also posted video from the event. McCain did the robot dance.

"I saw Chris Christie and he was jamming," Foxx told the Wall Street Journal. "I looked down at McCain and he was like, 'I can do this.' It's the ones you don't expect. It's the Republicans. Republicans love to dance in the Hamptons."

The paper reported that Christie's tablemates, Howard Stern and Robert De Niro, had already headed home when he invited the governor to come dance. Mr. Foxx's original chant of, "go, go, go, go" confused Christie and prompted him to go back to his seat, so Foxx had to tell him to come up again and "do your solo."

Foxx also invited McCain to "get up and show us something" after Paul McCartney and Spike Lee had already been invited for turns on the stage, the Wall Street Journal reported.