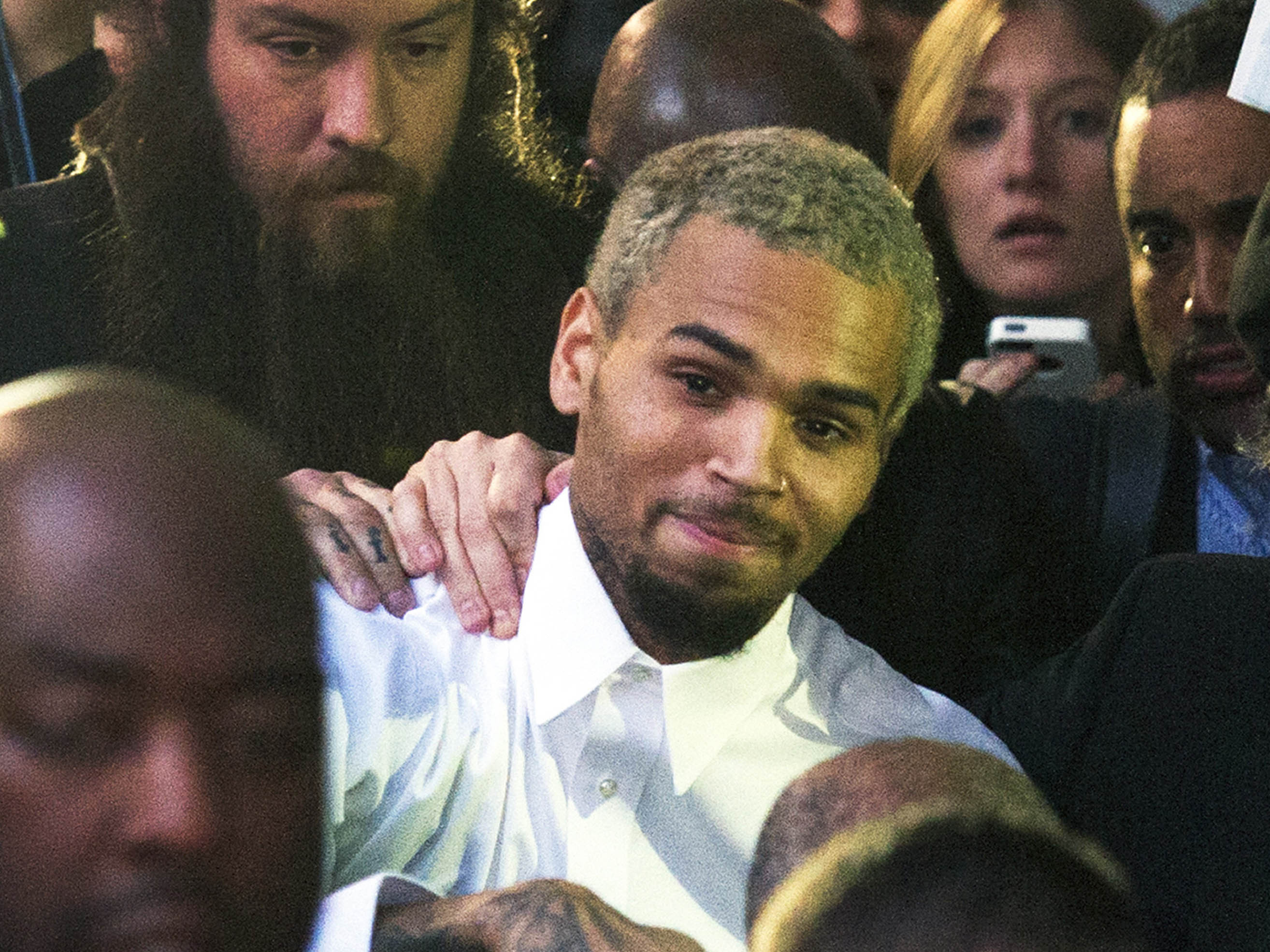 WASHINGTON- Grammy Award-winning R&B singer Chris Brown was freed from custody Monday after facing a judge on a charge that he punched a man who tried to pose in a photograph with him.

Prosecutors reduced a felony assault charge to a misdemeanor as a District of Columbia judge released Brown, who exited the courthouse to cheers and flashed a peace sign to supporters after more than a day and a half in custody. There was scattered applause in the packed courtroom as the judge set the singer free.

Even with the reduced charge, the assault case represents the latest legal trouble for Brown, who remains on probation for assaulting his on-again, off-again girlfriend Rihanna just before the 2009 Grammy Awards.

The 24-year-old singer and his bodyguard, Chris Hollosy, were arrested early Sunday in front of the the W Hotel in Washington.

A Maryland man told police he had tried to be part of a picture Brown was taking with a woman and her friend when Brown told him, "I ain't down with that gay s---t" and "I feel like boxing," according to charging documents in the case. The man, identified by police as Parker Isaac Adams, 20, of Beltsville, Md., said he was punched by both Brown and Hollosy before Brown boarded his tour bus.

Brown denied to police that he punched anyone or had been involved in a confrontation, saying someone had tried to get on his bus "and my bodyguard handled it," according to the documents. Hollosy told police he punched Adams in the face after Adams tried to follow Brown onto the bus and get to Brown, court documents say.

Adams had a broken nose, police wrote in the court documents.

"We understand that his security acted to protect Mr. Brown and Mr. Brown's property as he was authorized to do under District of Columbia law. We are confident that Mr. Brown will be exonerated of any wrongdoing," he said.

Bill Miller, a spokesman for the prosecutor's office, said the reduced charges "are based on our current assessment of the evidence gathered to date." He declined to comment further as the case remained under investigation.

Abraham Luakabuanga of Tysons Corner, Va., who runs a small limousine company, said he saw two women and a man approach Brown after he left the hotel and begin taking photographs of the singer. He said the situation soon devolved into a fight involving Brown and a man who appeared to be his bodyguard. He said he heard words exchanged but declined to give more details.

"I looked at Chris Brown and was like 'Sir, why this?'" he said. "To me, it was like, 'You're a star, you have bodyguards.' Things should have been handled differently," Luakabuanga said.

Brown was in Washington to perform Saturday night at an event billed as a "Homecoming Weekend" party at a downtown club. Howard University was celebrating its homecoming, though a university spokeswoman said the party was not sponsored by or affiliated with the school.

Brown is due back in court on Nov. 25. The misdemeanor simple assault charge carries a maximum sentence of six months in jail.