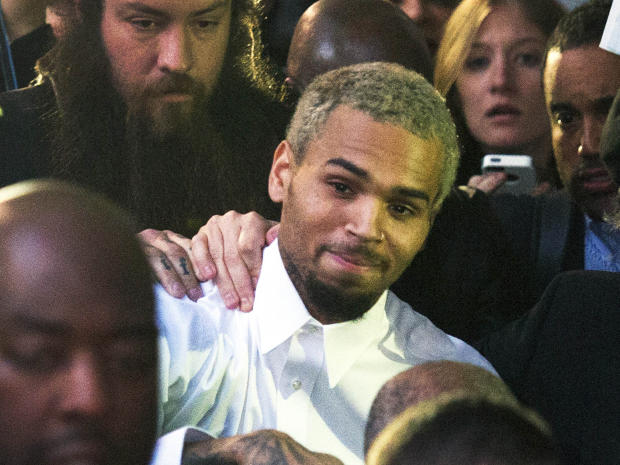 LOS ANGELES - Chris Brown is no longer in residential rehab.

A spokeswoman for the troubled entertainer said Thursday that Brown "is continuing his rehab program as an outpatient" and working on community service in the Los Angeles area.

Brown announced on Oct. 30 that he would seek treatment "to gain focus and insight" into his behavior. The decision came a day after he was released from jail for allegedly punching a man in Washington, D.C.

Brown is still on probation for his 2009 attack on then-girlfriend Rihanna. His recent arrest could jeopardize that probation and result in up to four years in prison.

The 24-year-old is still working to complete 1,000 hours of community service following the Rihanna conviction.