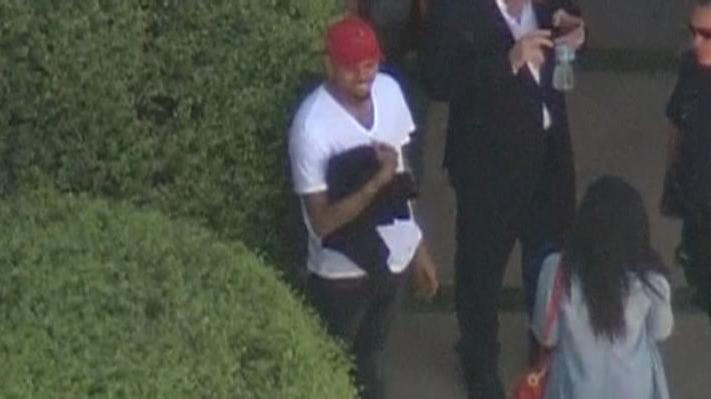 Mark Geragos, the attorney for Chris Brown, staunchly defended his client while speaking to reporters during a brief news conference Friday.

“There was no gun or guns found in the home,” Geragos said at his law offices in downtown Los Angeles.

Brown was arrested Tuesday at his home north of L.A. for alleged assault with a deadly weapon after a woman -- later identified as former beauty queen Baylee Curran -- called 911 at 3:11 a.m. from outside the house requesting help. He was released Wednesday on $250,000 bail.

Curran claimed that Brown pointed a gun at her during a dispute involving a diamond necklace on display in his home. But Geragos refutes all of Curran’s claims.

“Nothing happened. This was a setup,” he said. “Nothing was found that would corroborate her story.” Geragos also asserted that the accusations, police response and media attention would not have happened if his client were not Chris Brown.

The 911 call resulted in a tense stand-off with police, during which Brown uploaded videos to social media pleading his case. While Geragos had nothing but praise for the LAPD divisions involved, he did question the number of officers deployed to handle the situation.

“The response was something like a siege outside of Fallujah,” Geragos said.