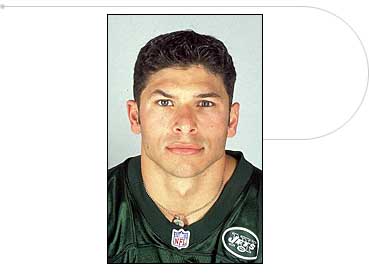 Chrebet, Elias and two of Elias' brothers were arrested about 4 a.m. Sunday outside the Bamboo Bar, according to Detective Sgt. David Szalkowski. Details of the incident were not immediately available.

One witness described it as a "melee," but Szalkowski said he didn't know what happened. Elias' agent, who spoke to one of Elias' family members about it, called it a misunderstanding.

"Somebody said something to somebody and things got out of hand," said Patrick Gibbon III. "It didn't sound as if it was more than just a barroom sort of tussle that might have escalated once other people got involved."

All were released on summonses and ordered to appear in Municipal Court on March 2, officials said.

Jets spokesman Frank Ramos had no comment about the arrest. Reached at Jets training camp at Hofstra University, he said it was the first he'd heard of the arrests.

"I can't comment until we have more details," he said.