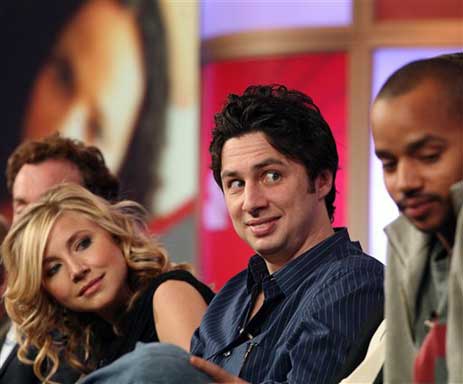 The Milwaukee Brewers were on the verge of winning their seventh straight game and sweeping the Chicago White Sox when Jose Valentin threw it away.

Valentin's two-base throwing error in the eighth led to three unearned runs in the White Sox's 10-8 win over the Brewers on Sunday.

"It was almost like a beer league game," said Jeff Cirillo, who set a career high with five hits for the Brewers, including a double in a two-run eighth that gave Milwaukee an 8-7 lead.

The White Sox came back in the bottom half of the eighth. Mike Cameron reached on the throwing error by Valentin and scored on Kreuter's single. Ray Durham walked and, after Mike Myers (2-1) struck out Mike Caruso, Thomas singled for a 9-8 lead. Belle followed with another run-scoring single.

"After I caught the ball, I looked up and saw he (Cameron) wasn't running too hard," Valentin said. "I aimed and I made a bad throw. It was a bad time to make a mistake."

"We had the ballgame won," Milwaukee manager Phil Garner said, "but we messed up a routine play. He (Valentin) took his time but he zinged it in. You hate to lose that way."

The White Sox, who averted a sweep by the Brewers, like winning this way.

"This is definitely a big boost for this club," Kreuter said. "Just to battle back from a 5-0 deficit is great."

Garner opted to stay with the lefty Myers against Thomas, who was batting .242 against southpaws.

"I was surprised," Thomas said. "But lefties pretty much own me and it was an awkward lefty. It was good to get a hit like that."

"I'd say Mike Sirotka showed a lot of guts and a lot of heart," Manuel said. "He was begging to stay in the ballgame. He was adamant."

Sirotka, who gave up six runs and 12 hits in six innings, agreed.

"I was pretty defiant in arguing," he said. "I still felt I was throwing good enough to get them out. I wasn't coming out of that game."

Belle gave the White Sox a 7-6 lead in the seventh with a two-run homer off Al Reyes, but the Brewers rallied in the eighth against Bob Howry.

Geoff Jenkins walked, Valentin singled and Bob Hamelin hit a sacrifice fly with one out that made it 7-all. Cirillo, who went 5-for-5, then doubled into the left-center field gap.

Marquis Grissom hit a solo homer for the Brewers, who have won 13 of their last 20 games.

John Jaha hit a two-run single in the Brewers first off Srotka. Milwaukee made it 5-0 in the second on RBI singles by Hughes and Cirillo and a sacrifice fly by Jeromy Burnitz.

Belle, who entered the game with only 12 hits in his last 62 at-bats, also hit his first triple of the year in the second inning and scored on Magglio Ordonez's single.

Cameron added a two-run single and Thomas drew a walk with the bases loaded to make it 5-4. Grissom led off the Brewers third with a homer, and Cameron scored on Durham's grounder in the fourth to make it 6-5.

Milwaukee starter Scott Karl, who came out of his last start June 17 after 1 1-3 innings because of a strained groin, gave up five runs and 11 hits in three-plus innings.

Notes: Milwaukee's Fernando Vina was hit by a pitch in the second inning and pulled a half-inning later because of a bruised right forearm. His status is day-to-day. ... White Sox outfielder Jeff Abbott has a sprained left shoulder and will take light batting practice this week. He was not expected to see any playing time until after the All-Star break. ... Chicago third baseman Robin Ventura did not start Sunday, but entered as a defensive replacement in the eighth. He has played in every game this year.