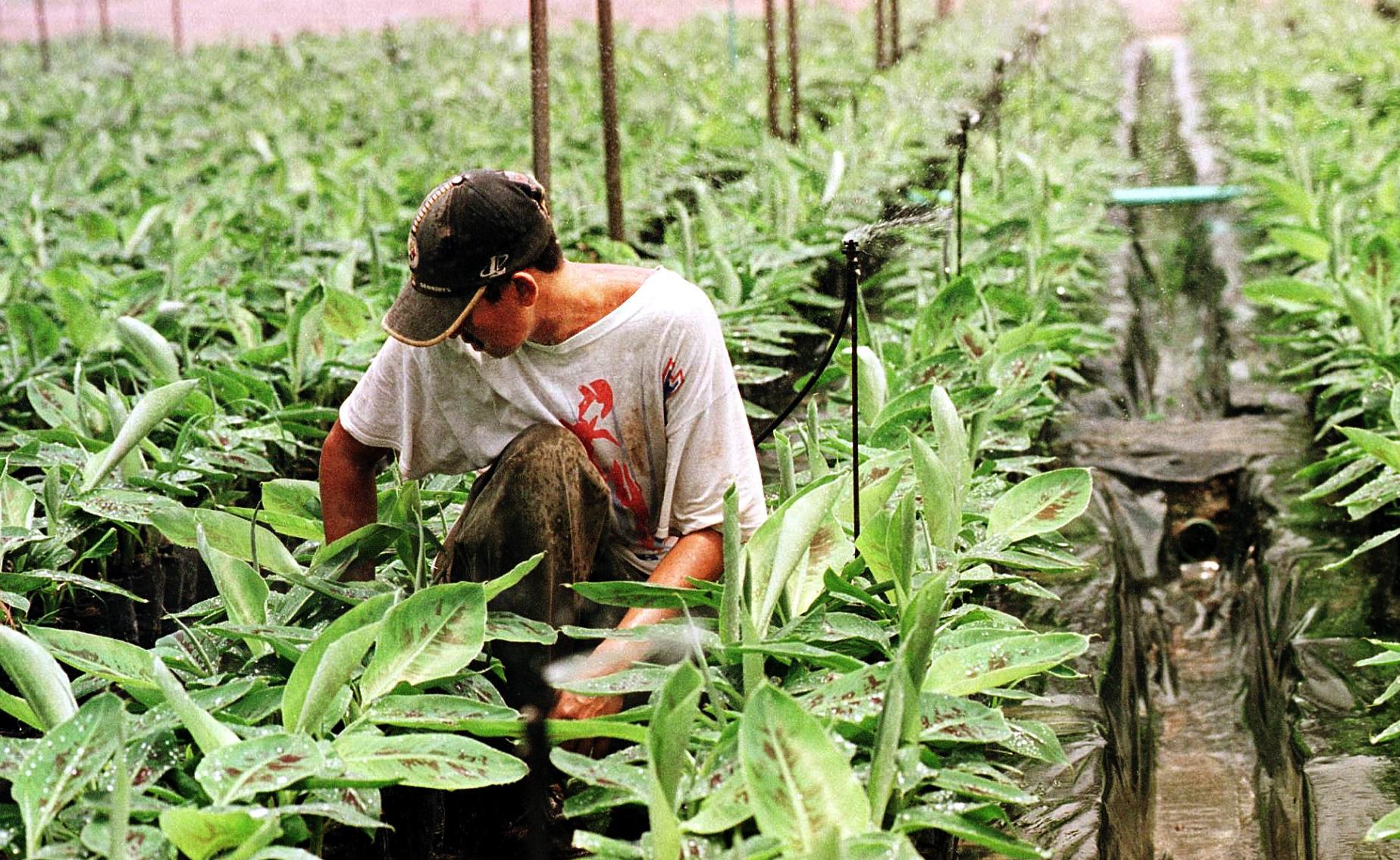 MIAMI - Each name is next to a number, in black type on a thick legal document. They are the mothers and fathers, spouses, sisters and brothers of thousands of Colombians who were killed or vanished during a bloody civil conflict between leftist guerrillas and right-wing paramilitary groups whose victims have largely been civilians.

The list has at least 4,000 names, each one targeting Chiquita Brands International in U.S. lawsuits, claiming the produce giant's payments and other assistance to the paramilitary groups amounted to supporting terrorists.

Cincinnati-based Chiquita in 2007 pleaded guilty to similar criminal charges brought by the Justice Department and paid a $25 million fine. But if the lawsuits succeed, plaintiffs' lawyers estimate the damages against Chiquita could reach into the billions. The cases filed around the country are being consolidated before a South Florida federal judge who must decide whether to dismiss them or let them proceed.

"A company that pays a terrorist organization that kills thousands of people should get the capital punishment of civil liability and be put out of business by punitive damages," said attorney Terry Collingsworth, who filed one of the first lawsuits on behalf of Colombians.

Chiquita has long maintained it was essentially blackmailed into paying the paramilitary groups — perpetrators of the majority of civilian deaths in Colombia's dirty war — and insists the lawsuits should be dismissed.

"Chiquita was extorted in Colombia and company officials believed that the payments were necessary to prevent violent retaliation against employees," said company spokesman Ed Loyd.

The lawsuits could be strengthened by the recent release of some 5,500 pages of internal Chiquita documents that were produced during the Justice Department probe. The documents detail how payments were hidden by accounting maneuvers, and shed light on Colombian government and political involvement with the paramilitary group. They also show there was a debate among Chiquita executives about whether the payments were proper.

In a 1997 handwritten note, one Chiquita executive said such payments are the "cost of doing business in Colombia."

"Need to keep this very confidential — people can get killed," he wrote.

Chiquita, with some 21,000 employees on six continents, is best known as the top U.S. banana seller but also markets a variety of other produce and fruit-based snacks.

Chiquita's sprawling banana operations in Colombia date to 1899, mostly in remote areas of Santa Marta and Uraba along the Caribbean coast. By the 1970s, the country's civil conflict threatened the banana farms, mostly fomented by the leftist Revolutionary Armed Forces of Colombia — known by its Spanish acronym, FARC. The guerrillas demanded payment from companies such as Chiquita or they would attack workers and operations. Chiquita paid between $20,000 and $100,000 a month, court documents show.

FARC became so powerful in the banana-growing areas that Colombia's military forces could not defeat them. The group bombed Chiquita operations and kidnapped employees. In 1995, 17 banana workers were gunned down on a muddy soccer field, U.S. prosecutors said. Later that year, FARC forced 26 workers to lie in a ditch and they were shot in the head.

The AUC, a Spanish acronym for the United Self-Defense Forces of Colombia, was founded in 1997 as an umbrella group to unite the far-right militias across the country. Those militias were formed in the 1980s by ranchers and drug traffickers to counter extortion and kidnapping by the FARC and other leftist rebels.

The AUC wasted no time trying to muscle FARC out of the Chiquita money stream.

The Chiquita lawsuit cites a number of AUC massacres, including a July 1997 operation in the town of Mapiripan in which at least 49 people were tortured, dismembered and decapitated. In February 2000, about 300 AUC troops tortured dozens of people and killed 36 people.

The top AUC leader, Carlos Castano, told Chiquita executives in a meeting that the money would be used to drive out the guerrillas and protect the company's interests. For seven years, Chiquita made over 100 payments totaling $1.7 million to the AUC or affiliated organizations, according to court documents.

About half that money was paid after the U.S. government, on Sept. 10, 2001, declared the AUC a foreign terrorist organization, just as FARC had been designated years earlier. That made it a crime for anyone in the U.S. to do business with either paramilitary group.

Chiquita, however, said in court documents it was unaware of the AUC terrorist designation until late February 2003 — some 18 months later — even though the news in 2001 was widely reported by the media, including leading national publications in the U.S. and Colombia and newspapers in Chiquita's headquarters city of Cincinnati.

The discovery, Chiquita said, was made by a company lawyer researching the AUC on the Internet. That eventually led to Chiquita's guilty plea, and in 2004 the company sold its Colombian banana operations.

The lawsuits contend the AUC was able to continue its violent rampage mainly because of Chiquita's financial support. The cases are brought under the Alien Tort Statute, a 222-year-old law that allows foreigners to sue in American federal courts if their claims involve violations of U.S. treaties or the "law of nations."

The ATS, as the law is known, has been used previously to bring lawsuits over human rights violations in foreign countries, but the cases are often difficult to prove. In 2007, a federal jury in Alabama ruled against Colombians making similar claims involving the AUC and the Alabama-based Drummond coal company, a verdict that was upheld on appeal.

It wasn't just money that Chiquita provided the AUC, according to court documents. In 2001, Chiquita was identified in invoices and other documents as the recipient of a shipment from Nicaragua of 3,000 AK-47 assault rifles and 5 million rounds of ammunition. The shipment was actually intended for the AUC.

The guns and ammo were unloaded by Chiquita employees, stored at Chiquita warehouses, and then delivered by trucks to the AUC, court papers said. They also claim there were at least four similar shipments, prompting AUC leader Castano to boast about the deals in a Colombian newspaper.

To the Colombians' lawyers, all of this adds up to overwhelming evidence that Chiquita should be held liable.

"There is too much evidence over too long a period of time," Collingsworth said. "How do you talk your way out of that?"

Chiquita, however, is seeking to have the claims dismissed and said the cases wrongly seek to make the company liable "for every murder these terrorist groups committed during the several decades in which they held sway in the lawless, remote regions of Colombia where Chiquita's subsidiary operated."

U.S. District Judge Kenneth Marra has refused to dismiss the cases involving murders and other crimes committed against U.S. citizens by FARC. But he has not yet ruled on the AUC cases.

Collingsworth said if the cases proceed he expects serious settlement talks to begin.

"I can't believe a jury wouldn't give each of these people $50 million, easily," he said. "That number is huge. I think both sides have an interest in some kind of structured settlement."