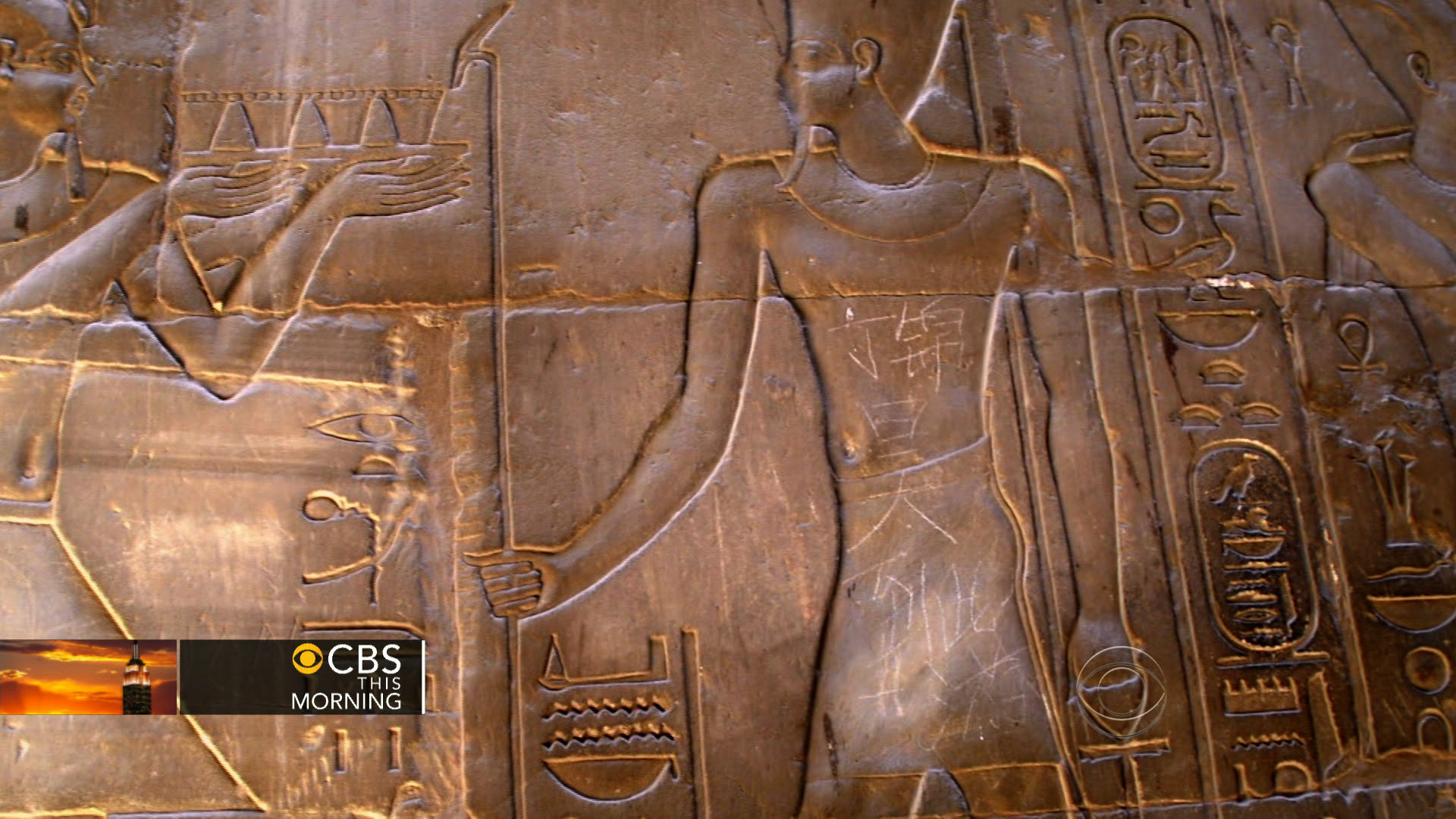 (CBS News) A case of vandalism on the wall of an ancient Egyptian temple has become a major source of shame and anger in China.

For three-and-a-half millennia, the spectacular Luxor temple has stood along the Nile, a monument to ancient Egyptian architecture. But now, it's a not-so-ancient, not-so-impressive graffiti etching left by a teenager that has grabbed attention: "Ding Jinhao was here," scribbled in Chinese characters.

An image of the graffiti went viral, sparking widespread outcry. It's not the way the Chinese like to be seen. The incident comes at a time when Chinese are increasingly turning online to expose problems or prompt a response from their government.

Another tourist, 41-year old "Shen" -- who would not give his full name -- posted his photo of the graffiti Friday on Weibo, China's equivalent of Twitter. The image received almost 100,000 re-tweets. "I did not expect it to be so powerful," Shen admitted when we reached him via a Chinese chat program.

CBS News' Seth Doane asked Shen, "You were in Egypt on vacation, you saw this graffiti, and you snapped a picture and posted it online. Why did you decide to put it online?" Shen replied, "This is a relic with 3,500 years of history. Doodling on something I revere, I feel should be condemned."

And it was. Another, unidentified Weibo user tracked down and posted the personal information of the underage, 15-year-old boy believed to be behind this, publicizing his name, date of birth and school. It focused the online outcry. Many called it an "embarrassment."

One user wrote, "You and your parents repair this -- the face of 1.3 billion Chinese people has been lost."

On Sunday, the boy's parents pleaded to a local newspaper "The kid made a mistake. ... We apologize."

The controversy warranted a response at the Ministry of Foreign Affairs. Spokesman Hong Lei said, "We hope that Chinese tourists will abide by local laws...and behave themselves."

This prompted the central government's tourism administration to issue new guidelines this week, calling on all citizens in China to be "civilized tourists," adding that behavior, such as cutting in line, spitting, and vandalism are not considered acceptable.

Watch Seth Doane's report in the player above.